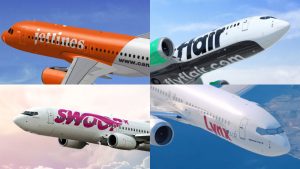 The Canadian airline landscape is littered with debris from fallen low-cost carriers. We’ve never found the right formula. Until now.

On the heels of Canada 3000’s demise, the millennium saw entrepreneurs fall over each other on their way to losing money on the tarmac.

Roots Air went from sweatpants to aircraft and lasted all of 3 months - from MAR to MAY of 2001. Greyhound Air took a circuitous route to bankruptcy, lasting 14 months in the late ‘90s.

Jetsgo made a good go of it from 2002 to 2005. Ottawa based Zoom dropped the call to fly in 2008, after 6 years. There was Air Canada’s Zip which languished for two years and was reincarnated as Rouge, a ‘leisure’ carrier, eight years later. And last, but not least, Canjet, which ceased operations in 2015.

Why the premature deaths? The common refrain is to blame it on a big country with a sparse population. And occasionally a bigger player with deeper pockets simply overtook them.

It’s against this backdrop that a slew of Canadian ULCCs is cresting over the horizon and gearing up for price wars that may sucker-punch more established players.

Will this time be different? The pundits say the time is ripe. Wretched and ravaged by COVID, consumers just want cheap air, say industry observers. And the pandemic has also levelled the playing field for new entrants to the the airline industry.

A report by the Centre for Aviation noted recently, “As both Air Canada and WestJet look to restore their capacity, other operators in Canada’s market are working to position themselves to capture some of the resurgent demand” for themselves.

And some analysts are predicting that, by competing on price with low-cost fares in most cases, those new - and re-newed - upstarts may be able to do it.

Canada’s travel consumers are suddenly being wooed by brands with snappy names like Flair and Swoop, Lynx and Jetlines.

“Before, some of the new entrants that came in were not terribly well-financed or well-backed,” David Huttner, a commercial aviation expert who has worked with Flair told the Canadian Press.

“You have three Alberta-headquartered parties in there now — Flair, Lynx and WestJet’s Swoop — who are extremely well-structured.”

In fact, a fourth ULCC airline has made a comeback even since those analyses were published just days ago.

While based in Ontario, the Calgary Herald reports that Jetlines, too, now has Calgary financial backing that’s making its long-delayed launch possible.

In early 2019, Open Jaw reported that, “Fledgling ULCC Canada Jetlines Ltd. says it's still working to secure the appropriate financial commitments before it can take off.” It missed its target launch date of DEC, 2019 then.

But this is now.

The self-proclaimed, “little guy” airline plans to begin operations with a fleet of Airbus A320’s as a tour operator to sun destinations, initially flying out of Ontario.

One of its new, Calgary-based investors, compares the airline industry to his current business of operating a small brewery in a market dominated by huge brands.

“Typically, their crumbs are my dinner and I don’t think that’d be any different from the aviation space,” Ravinder Minhas is quoted by the Calgary Herald as saying. “I think it’s fair to say that there’s room for more in the Canadian aviation space for sure.”

He added, “I think we recognize there’s an appetite for travel,” said Minhas. “We recognize that opportunities for aircraft are good, good deals, and coming out of the pandemic gives a new player like us an opportunity.”

The CEO of Flair Airlines told the Canadian Press, “The pandemic has clearly changed the game for everyone.”

Stephen Jones added, “The emergence of ultra-low-cost carriers and competition can only be good for consumers. It’s driving efficiency into what was a relatively inefficient industry and lowering prices, I think permanently.

“All the competitors are relatively stretched — their balance sheets are stressed, their fleets are contracting. And so the conditions for expansion for a ULCC ultralow cost carrier are fantastic right now,” Jones said.

As recently as OCT, Open Jaw was reporting that new ULCC Flair Airlines was open in its intent to disrupt Canada’s air travel landscape.

In short months, Flair Airlines tripled its fleet to 12 aircraft, and grew its schedule by one-third with the announcement it’s deploying four new 737 MAX aircraft in APR and May 2022, as well as adding fourteen new routes in both Canada and the U.S.

Flair says it’s using the 737 MAX as part of its goal to “achieve the lowest cost per seat mile of any Canadian airline.”

Lynx - Back with a Roar

Former airline Enerjet - rebranded Lynx Air - roared back onto the Canadian aviation scene this month with the announcement that, after languishing underfunded, will launch commercial routes in 2022. Its fleet of three 737 MAX’ is planned to grow to nearly four dozen aircraft before the decade is out.

As Open Jaw reported last week, the Calgary-based airline is openly embracing the ULCC model of ultra-low base fares and menus of surcharges.

CEO Merren McArthur said, “We are excited to bring competition and choice to the Canadian aviation market at a time when Canadians are yearning for the opportunity to fly again.”

Calling airfares in Canada “traditionally high,” McArthur added, “We have created an ultra-affordable fare structure which is focused on simplicity, transparency and choice. Our à la carte pricing will empower passengers to pick and pay for the services they want, so they can save money on the trip and spend where it counts – at their destination.”

Lynx says its initial plan on launch next year is to focus on short-haul and long-haul domestic flights, with the expansion to the U.S. in the future.

Although Swoop, as the budget brand of WestJet, positions itself less as a rebel in Canadian aviation, it too, continues to scoop market share as it competes on price.

As Open Jaw reported, it launched nine new routes out of YEG just last week in a “major” expansion.

“This is a major milestone for Swoop as we underscore our commitment to leading the way for ultra-low fare air travel in Canada and reaffirm our position as the airline with the most destinations from Edmonton,” said Charles Duncan, President of Swoop.

“With a strong focus on growth... we will continue to provide our travellers with more non-stop flights and ultra-low fares while supporting the recovery of Canada’s travel and tourism economy.”

According to Flair’s Jones, ULCC’s globally have been rapidly seizing market share. Outside of Canada, he says they’ve grown to 37 per cent of the commercial aviation market, up from only about a quarter just a few years ago.

Some analysts think Canada is finally ready to embrace ULCC’s too.

Robert Kokonis, president of consulting firm AirTrav Inc. and frequent Open Jaw contributor, told the Canadian Press, “You’d go to chat boards online and people were grumbling about having to pay extra to check in a bag or even to pay money for a carry-on bag. But Canadians are starting to realize that, hey, if I can pay a really rock-bottom airfare, I’ve got money left over to spend at the destination.”

While he predicted that airfares will fall “for sure” from pre-pandemic levels, Kokonis points out that Canada’s major airlines are being pressured from another direction, too.

Positioned as a premium, value-added airline, even Porter Airlines is nipping at the heels of the big dogs. Its addition of 30 Embraer jets over the coming year, and expansion from boutique Toronto Island airport to YYZ, makes it clear it’s ready to challenge Canada’s bigger airline players.

“Air Canada and WestJet won’t take the new incursion by Porter lying down. They’re going to come out and be robust competitors,” Kokonis said.

“We’re not surprised by anything we’re seeing in the marketplace at this point in time”, he said. “The players are very competitive.”

As the Centre for Aviation report points out, Rousseau believes the airline’s core strengths and pandemic reinforcements will prevail. That includes the re-integrated Aeroplan program that’s no longer focused on business travellers, but also “for the leisure market as well with some of the key features that we’ve added.”

It goes on to quote Air Canada’s chief commercial officer, Lucie Guillemette, who pointed out the opportunity for the carrier to benefit from “more permanent premium products for the leisure traveller,” and revenues from tweaked product offerings. For example, Air Canada was able to “extract good dollars for seat fees in different cabins and also different paid upgrade programs”, said Ms Guillemette.

“We’ve learned a lot during this period, and obviously we’re going to look to retain the products that customers have appreciated” as a tool to attract and retain leisure travellers, while differentiating the airline from the new ULCC’s coming over Canada’s aviation horizon. 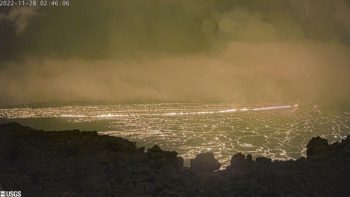 Hawaii's Big Island Volcano Erupts; Alert Level Raised
The world's largest active volcano has erupted in Hawaii, officials report. However, at this time, lava flows are contained to the ... 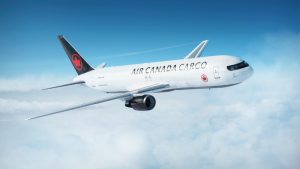 How Cargo Saved The Canadian Airline Industry
​​What happened to keep airlines afloat during the worst of the pandemic? They saw and quickly responded to a growing demand ... 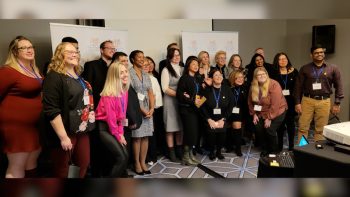 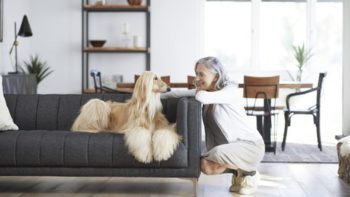