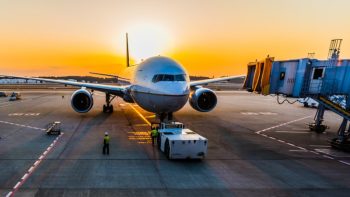 Stakeholders involved in the long line ups for departing and returning pax in Canadian airports are weighing in on how to solve the bottlenecks frustrating travellers.

The Star reports that GardaWorld is offering up to more than $24.00 per hour, training, and uniforms to potential new recruits.

This comes as CATSA was forced to apologize last week for delays plaguing airports across the country.  As Open Jaw reported, the authority insisted it’s working “aggressively” to fix the problem, citing recruiting problems as one major issue. At the time, CATSA said it was working with its third-party staff providers like GardaWorld to up staffing to reduce long lineups that had some pax reportedly missing their departures.

The labour shortage, according to experts quoted in The Globe, is “slowing the industry’s resurgence.”

But it isn’t just the lack of staff.

The head of the Canadian Airports Council is joining the GTAA’s call last week for COVID “legacy” testing protocols for arrivals to be loosened.

CAC interim president Monette Pasher says that health protocols, including random testing, are the major cause of delay for arrivals, where CBSA staff are “swamped” now that passenger numbers are rising.

“When we had little to no traffic, we could manage these health protocols. But as we ramp up back to normal traffic at our airports, we’re not able to sustain the health protocols in our system,” she told CityNews.

Even without random testing, health protocols are bogging the system down, she says. “The ArriveCAN app… is a great application, but we do need to streamline some of the questions and make it not take as long. For example, when you’re going through CBSA, now as a traveler, if it’s normal times, it would take you 30 seconds now it’s taking you a minute to two minutes to get through and for them to look at all of these health questions that you need to answer as part of that as part of that process to get into the country. When we’re in our bigger airports, it’s just taking so much longer.”

Ryan White, a spokesperson for the GTAA, did YYZ’s math for The Globe: “With an average of over 30,000 international passengers arriving per day right now – estimated to reach 45,000 per day by the summer – every second counts and has an impact on passenger flow.”

Taking up to four times longer to process each of tens of thousands of arrivals – and growing – is a recipe for bottleneck disaster.

It’s not just a dreaded inconvenience for travellers that can potentially make them hesitate to book.

Departure and arrivals lineups have a direct, cascading effect on the smooth operations  of recovering airlines with their own ramp-up challenges.

As Air Canada spokesperson Peter Fitzpatrick told the Globe, “By forcing us to hold aircraft at arrival gates longer than planned, they cannot be loaded and turned as quickly,” Fitzpatrick said. “Cleaners’ and caterers’ schedules can be thrown off, and crews can be delayed for their next flights.”