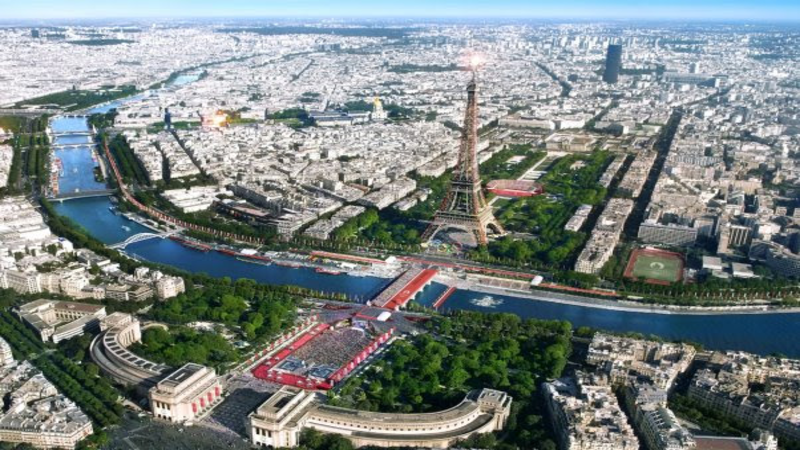 At Sunday’s Olympic Closing Ceremonies, Paris received the baton from Tokyo, signalling that the capital of France would be the host nation of the next Summer and Paralympic Games in 2024.

Coming a century after Paris’ last Summer Games, the competition will run from 26JUL to 11AUG 2024. It will also be a century since the inaugural Winter Games, held in Chamonix, France in 1924.

Atout France, the country’s tourism development agency, said the next Games hosted by the country would highlight unique combinations of sport and locale.

“Prepare to see beach volleyball at the foot of the Eiffel Tower, archery against Les Invalides, BMX freestyle on Place de la Concorde, taekwondo at the Grand Palais and equestrian disciplines at the Chateau de Versailles,” a statement reads.

Further, the agency says that these will be an environmentally friendly Olympics, as 95 per cent of its infrastructure will be previously built. This comes with the claim that the carbon footprint of the 2024 Paris Games will be half that of the city’s last Olympic experience.

It will be the first to allow public versions of the marathon and road cycling events, allowing the public to follow the athletes along the course on the same day as the medal races.

The next Games also promises a new event: competitive breakdancing. Having added skateboarding, sport climbing and surfing to this year’s Games, this will bring the total number of sports to 32.

Paris is also exploring the ability to transport the celebrations to public spaces instead of being confined to one stadium.

Paris 2024 has already secured €600 million in income from national partnerships, with the goal of securing two thirds of its total budget by the end of 2021. The Olympic mascot will be revealed in the autumn of 2022.