After a more than two-year absence due to the pandemic, Tourism Australia has brought back the Australia Marketplace North America event to reinforce that Australia wants your clients’ business not just once - but twice.

“We’ve been open about four and a half months now, and business has jumped back up in the U.S. and Canada,” Philippa Harrison, managing director, Tourism Australia, told Open Jaw during the event in Los Angeles.

Throughout the gathering – during meal times, group presentations, 1:1 networking appointments and even coffee lines – the energy was palpable. The room where people connected for eight-minute educational meetings to learn about everything from Australia’s renovated luxury hotels to aboriginal food tours was packed and loud as people went from appointment to appointment and quickly became immersed in conversation.

Australia’s delegation repeatedly emphasized that this event – and the audience – were mission critical. Tourism Australia’s Managing Director, Phillipa Harrison, attended and addressed the audience as did the country’s newly appointed Minister of Tourism, Senator Don Farrell.

While at the event, Open Jaw spoke with Harrison to go deeper about the state of Australia tourism and what trends she is seeing.

First, Tourism Australia entered the pandemic with a firm plan in place for its biggest markets including the U.S. and Canada.

“When visitation to Australia wasn't available, we made a decision that we wouldn't go dark. We would keep telling the story,” Harrison said. “We kept up a lot of activity … and we kept our partners close.”

“When we had an opportunity to sell again, we were ready to go straight away as soon as the market was ready to go,” she said. 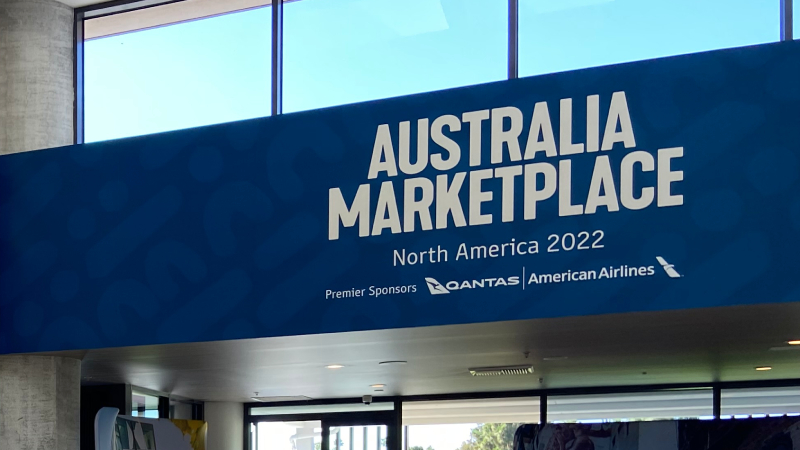 How the Canadian Market is Positioned to Take Off

Asked about Canada, Harrison smiled, paused and said, “It has been a surprising and delightful market for us. It’s quietly growing. (Canadians) get out. They disperse into the region, which is important for us as a tourism economy. They have the same propensity as Australians to travel.”

Canadian travel to Australia is also well-positioned to recover quickly as Tourism Australia data shows that lift between the two countries has been almost fully restored - at 97 per cent of pre-COVID levels. That's compared, for example, to lift between the U.S. and Australia, which is only at about half of 2019 levels.

In fact, due to hospitality sector labour shortages common world-wide, right now, tourism demand exceeds capacity. “Even though there is more demand than we can cater to today, that won't be the same in 12 months time,” she said, as Australia overcomes these challenges. 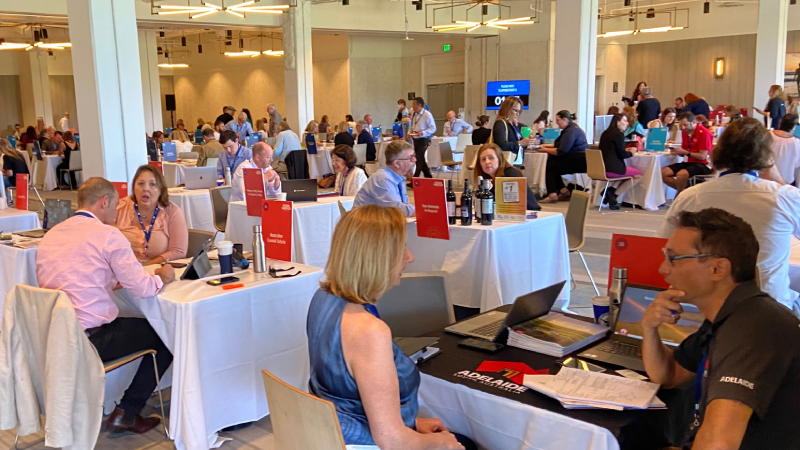 A variety of demand statistics from Tourism Australia indicate that travellers are primed to visit Australia, whether for its cities, natural beauty, beaches, aboriginal culture, marine wildlife or food and wine.

“People realize (travel) isn't a ‘nice to have,’ it is their right and something they need to do. They want downtime to get reconnected with family,” Harrison said. “So going forward, how do we take advantage of that change in consumer sentiment?”

Citing a roundtable with Minister Farrell, Harrison said the average transaction for North Americans’ trips to Australia is “off the charts higher,” although the volume is still lower. While prices are up partly because costs rose, the rise is also due to peoples’ willingness to splurge.

“They've been dreaming about their dream holiday and they’re booking it,” she said.

Australia is not a cheap holiday destination. The country ranks No. 42 in the world in terms of visitor arrivals, but No. 7 by overall tourism receipts and No. 1 by average transaction value, she said. 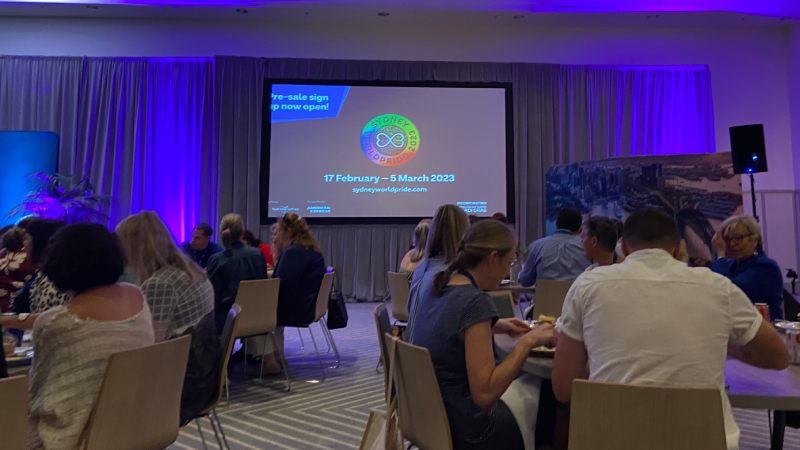 Global demand recovers across the funnel

Additional statistics from Tourism Australia show that travellers associate the island nation with having greater value for money once they visit it. The group says that 44% of Canadian leisure visitors return to Australia, slightly less than the 49% figure for repeat U.S. leisure visitors.

Canadians are also not deterred by the long-haul flights. In fact, the percentage of Canadian travellers who say they are “not comfortable” traveling on flights of more than 4 hours fell to a low of about 40 percent, down from the peak of 70 percent in November 2020, according to Tourism Australia.

Back to On the Town Articles