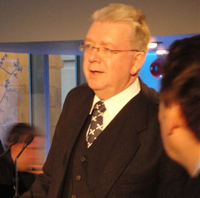 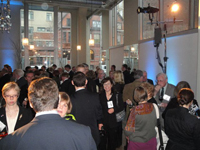 The party scene at The Richmond 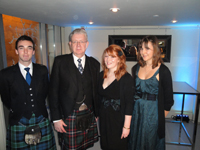 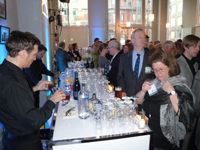 Bar at the Richmond

Visit Scotlandâ€™s tartan army invaded Toronto during Scotland week to host a party worthy of their nationâ€™s reputation as both first class partiers and hosts.Â  Held at The Richmond in Torontoâ€™s Queen Street neighborhood, the party scene featured all things Scottish, including live Celtic music, bag pipes, whisky tasting and food that could spontaneously incite you into a Robbie Burns poem recital.Â

Addressing the guests was Scotlandâ€™s recently appointed Cabinet Secretary for Education and Lifelong Learning, Mike Russell.Â  An unusual, but apt title, for you could spend a lifetime in Scotland trying to visit all the historical sites and learning their significance.Â  In his speech, Mike announced to the crowd some exciting new products for visitors and some incentives for those who sell Scotland.Â

The seven day Scottish Heritage Pass, valid through September 30th, allows travellers discounted and easy access to over 120 of Scotlandâ€™s most popular attractions.Â  The Heritage Pass is for trade sales only and travel agents earn 20% commissions on sales of the passes.Â  For more information on the Heritage Pass and other products you can contact Historical Scotland through their website at hs.explorer@scotland.gsi.gov.uk.

Also, agents can visit www.scotsagent.com and take part in their destination expert program, which upon completion opens a host of special offers for visitors as well as enhanced commissions for agents. Scots Destination Specialists have special access to valuable marketing materials associated with the ongoing business benefits package that comes from attaining the certification.Â