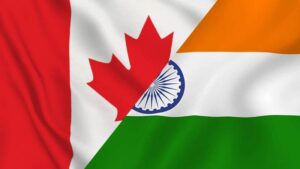 The government of Canada announced 14NOV the expansion of the Air Transport Agreement with India it says will allow designated airlines to fly “unlimited flights between both countries.”

According to Transport Canada, the previous agreement limited each country to 35 commercial passenger flights per week, and the changes will allow for the expansion of air travel between the two countries. India is Canada’s 4th largest international air market.

The new rights under the expanded agreement are available for use by airlines immediately. It gives Canadian air carriers access to Bangalore, Chennai, Delhi, Hyderabad, Kolkata, and Mumbai, and Indian air carriers access to Toronto, Montreal, Edmonton, Vancouver, as well as two additional points to be selected by India. Other cities in both countries can be served indirectly through code-share services.

This new agreement was reached under Canada’s Blue Sky policy, which, according to Transport Canada, “encourages long-term, sustainable competition and the development of international air services.”

“By making the movement of goods and people faster and easier, this expanded agreement will continue to facilitate trade and investment between Canada and India and help our businesses grow and succeed,”  Canada’s Transport Minister, Omar Alghabra, is quoted as saying.

According to SimpleFlying, “While still not a fully open market, the decision is a huge step forward for two countries that have historically protected their air rights. India and Canada are tightly linked countries, with a constant stream of leisure, business, and VFR (visiting friends and relatives) visitors, made possible by a large diaspora. More direct flights will be welcomed by all stakeholders.”

It adds that flag carriers Air Canada and Air India will be the airline biggest winners of the new deal, and both are positioned to expand rapidly into the new marketspace available. That said, the report notes that the war in Ukraine’s restrictions on overflights continues to limit some of the longest routes, like Delhi-Vancouver, for the immediate future.