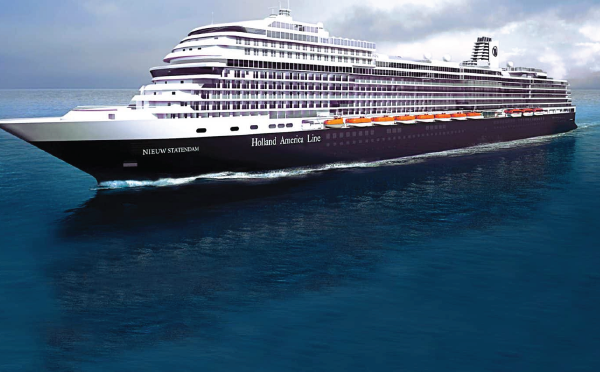 Holland America Line has opened bookings for its 2022 Europe season that features a new combination of ships, including two Pinnacle Class vessels. From April through October, Europe itineraries ranging from seven to 21 days will be offered aboard Rotterdam, Nieuw Statendam, Westerdam and Volendam.

HISTORIC 150TH ANNIVERSARY TRANSATLANTIC: Exactly 150 years after the first sailing of Rotterdam I, Rotterdam VII will depart Rotterdam once again on 15OCT, 2022, as Holland America Line recreates its first crossing on its 150th anniversary with calls at Plymouth, England; an overnight in New York City, New York, then continuing onto Fort Lauderdale, Florida.

Save Now, Cruise Later: Have it All Sale

For a limited time, guests who book 2022 Europe cruises by 28FEB, 2021, can receive up to $2,300 in amenities, including a free Signature Beverage Package, pre-paid gratuities, free Signature Dining Package and 50% reduced deposits. Europe cruise pricing starts at $1,499 per person, double occupancy, for a seven-day sailing. Taxes, fees and port expenses are additional.