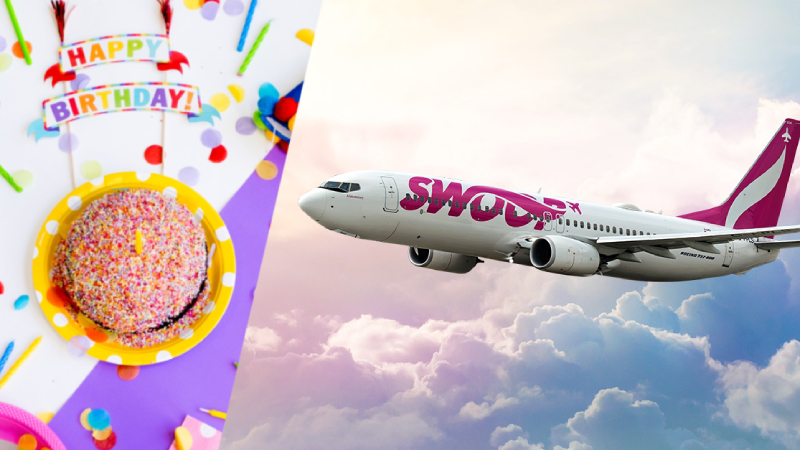 Since the airline’s first flight on 20JUN 2018, Swoop has served over four million travellers, connecting Canadians to 33 destinations in five different countries with a total of 52 routes currently operating. The airline has operated 28,000 flights over the past four years.

“Swoop has expanded rapidly this year to meet the unprecedented demand for air travel that Canadians have missed out on for two long years,” said Bob Cummings, President of Swoop.

“We are so thrilled to celebrate our fourth birthday across our newly expanded network with travellers and airport partners, and with a special celebration in America’s largest metropolis, New York City.”

Swoop is inviting travellers to join the festivities at airports across the country, with giveaways and special birthday treats – including 40 per cent off base fares with promo code BDAYGIFS.

“Swoop’s success would not be possible without the support of Canadian travellers, airport partners, and of course our people, our Swoopsters, who share in our mission of making air travel more accessible and affordable,” Cummings added.

For more information on Swoop, visit its web site.