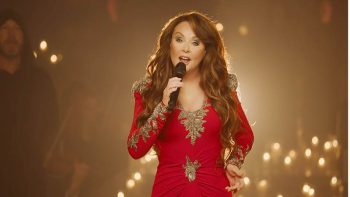 On 17AUG, 2022, during a week-long sailing in the Eastern Mediterranean, international singing superstar and Seabourn Encore godmother, Sarah Brightman, will appear for one night only for “An Evening of Music and Conversation.”

In 2017, Brightman served as godmother of Seabourn Encore and named the ship in a ceremony in Singapore. This year’s Seabourn exclusive occasion sees the Encore’s godmother reuniting with her ship during its seven-day Aegean & Turkish Treasures itinerary, sailing roundtrip from Athens 14-21AUG 2022.

Brightman will entertain during one performance in the ship’s Grand Salon, followed by an intimate conversation about her singing, theatrical career and musical accomplishments.

Brightman, the world’s best-selling Soprano and UNESCO Artist for Peace Ambassador, has amassed sales of more than 30 million, receiving awards in over 40 countries. She originated the role of Christine Daaé in the world-renowned The Phantom of the Opera on both West End and Broadway stages and has performed at such prestigious events including the Concert for Diana, The Kennedy Center Honors and the Barcelona and Beijing Olympic Games.
Brightman’s albums Eden, La Luna, Harem, Symphony and Dreamchaser were each chart-topping Billboard hits and were all accompanied by world tours. Her most recent full length studio album HYMN was released in 2018 and debuted at #1 on the Classical and Classical crossover Billboard charts. The HYMN world tour began in South America in September 2018 and concluded in her hometown of London, England, in November 2019. Brightman has been recognized for her outstanding contribution to music and theatre with a ‘STAR’ on the Hollywood Walk of Fame, in addition to receiving an Honorary Doctor of Arts. In OCT 2022, Brightman will host her first exclusive 3-night Las Vegas engagement at The Venetian Resort with “A Starlight Symphony…An Evening with Sarah Brightman” before taking her annual holiday tour “A Christmas Symphony” internationally at the end of 2022.

Seabourn’s “Intimate Evening of Music & Conversation with Sarah Brightman” event will be the highlight of many experiences for guests sailing on the Seabourn Encore voyage. The voyage will also include stops at the Greek island of Syros, the ancient town of Rhodes, Fethiye in Turkey, picturesque yacht harbor Bodrum, beautiful Santorini and finally the historic yachtsman’s paradise of Spetses.
Seabourn’s all-inclusive, boutique ships offer all-suite accommodations with oceanfront views; award-winning dining; complimentary premium spirits and fine wines available at all times;  service provided by an industry-leading crew; a relaxed, sociable atmosphere that makes guests feel at home; a pedigree in expedition travel through the Ventures by Seabourn program and two new ultra-luxury purpose-built expedition ships coming in 2022 and 2023.
The Seven-Day Aegean & Turkish Treasures itinerary starts from USD $4,399 per person in a Veranda Suite, inclusive of return economy flights from the UK to Athens, departing on 14AUG and returning on 21AUG, 2022. Seabourn notes that rates are subject to change.