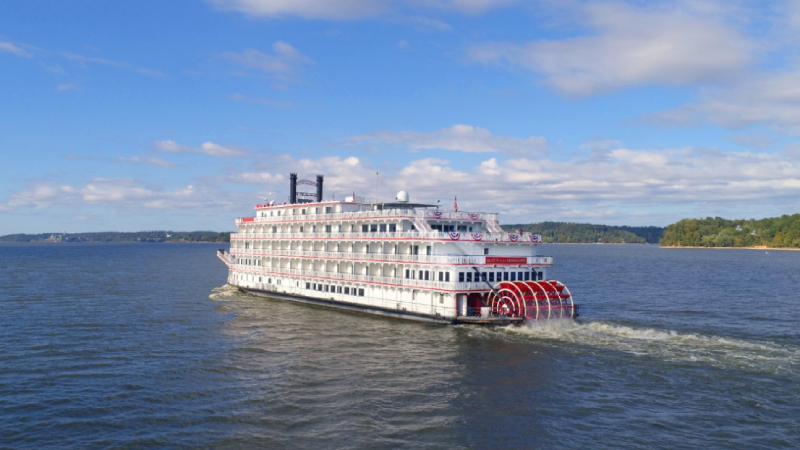 American Cruise Lines announced that its fleet of four classic paddlewheelers will be undergoing a major redesign, refit, and rebranding. The new interior design is intended to bring its paddlewheel cruising to the same standard as American’s newest modern riverboats, while retaining traditional elements true to steamboat history.

The project is slated for completion in early MAR 2022.

The announcement follows the August 2021 unveiling of American Melody and its new interior design. “American Melody’s extraordinary reception, particularly by our loyalty program members, has inspired us to bring the same new aesthetic to our entire paddlewheel fleet,” said Charles B. Robertson, President & CEO of American Cruise Lines.

American Cruise Lines notes that as the paddlewheelers rise to its newest design standard, their names will be changed to include the American moniker that denotes other ships in the company’s fleet. The paddlewheelers America, Queen of the Mississippi and Queen of the West will be renamed American Splendor, American Heritage, and American West, while American Pride will retain its original name.

“Both in designation and design, all four paddlewheelers will meet the sophisticated standard we set for U.S. River cruising,” said Robertson.

The new paddlewheel redesign project will be completed by Studio DADO of Miami, Florida, the same studio which was recently commissioned to do the interior design for American Melody. American Cruise Lines notes that Studio DADO is set to reimagine the interiors of the ships while maintaining the touches that are iconic to classic American paddlewheelers.

The cruise line notes that the paddlewheel refurbishment will not change the company’s current construction timeline.

From the staterooms and suites to the lounges and dining rooms, each ship will be made-over with completely new color palates, textiles and linens, new furniture and carpets, and regionally inspired artwork and design details.

Recently, American Cruise Lines has expanded in the domestic cruise market, doubling the size of their U.S. fleet to 15 small ships, including the introduction of 6 new modern riverboats.