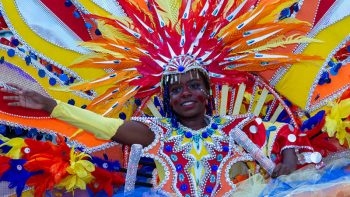 Dubbed Canada’s most significant cultural festival, the Toronto Caribbean Carnival attracts over a million spectators from around the globe for four exciting weeks of Caribbean music, cuisine, arts, and culture, kicking off during the 01AUG long weekend.

In affiliation with the Toronto Caribbean Carnival, The Elements Toronto presents an all-star lineup of events during carnival weekend.

Now in its sixth year, ‘Daylight’ hosted by NBA superstar Lebron James, will take place on Friday, 29JUL at Lavelle.

Following the Grand Parade on Saturday, 30JUL, is ‘Carnival Celebration,’ an event hosted by Golden State Warriors, NBA Champion, and All-Star, Andrew Wiggins at Arcane. Wiggins, Toronto‘s very own, led the Warriors to victory in the 2022 NBA Championship, shooting him to superstardom.

Elements Toronto first introduced ‘Daylight’ in 2015. The well-attended and well-reviewed event makes its grand return this year at Lavelle on Toronto’s King Street West. The upscale event attracts people worldwide, including many celebrity guests, and has become synonymous with the energy, feeling, and overall essence of the Toronto Caribbean Carnival long weekend.

‘Carnival Celebration‘ is a sophisticated new event hosted by Golden State Warriors 2022 NBA Champion and All-Star Andrew Wiggins, taking place after Saturday’s Grand Parade. The event will be held at Arcane, also on King Street West, widely known for its elegance and chic lounge in the heart of Toronto’s entertainment district. The event will feature sounds from Team Hennessy and Cleveland Cavalier’s official DJ, Steph Floss.

This collaboration provides an upscale carnival experience for festival goers hosted by an all-star celebrity lineup. The presence of two superstar athletes has created an exciting buzz throughout the city. Both events will garner much excitement for Canadians and out-of-town visitors, making it the most anticipated parties to attend during the carnival weekend. 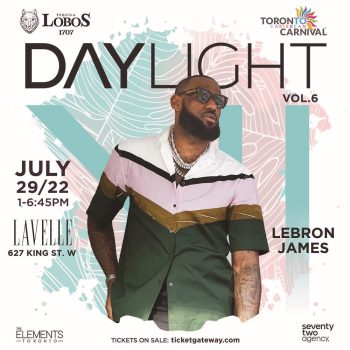 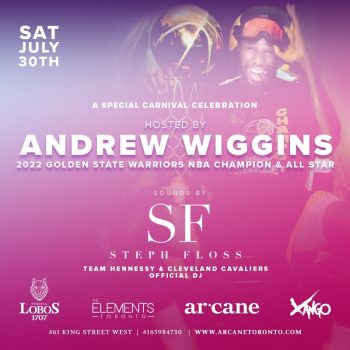 Interested parties can purchase tickets or reserve a booth for Daylight & Carnival Celebration at theelementstoronto@gmail.com or by calling (647) 885-6692

Back to Tourism Articles