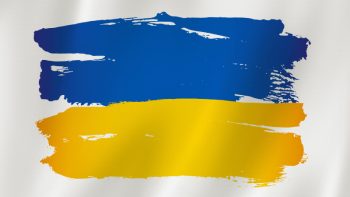 Canada's Minister of Immigration, Refugees and Citizenship, Sean Fraser, announced on 20APR a new "Ukraine2Canada Travel Fund,"  in partnership with Air Canada, Miles4Migrants, and The Shapiro Foundation. The initiative supports Ukrainians wishing to travel to Canada. According to the Government of Canada, the goal is to bring at least 10,000 Ukrainians and their families on flights to Canada.

From 20APR until JUL 2022, members who donate Aeroplan Points will be able to double the impact of their contribution as the value of the points donated will be matched, by a donation equal to up to 50 million points, by the Shapiro Foundation.

The points will contribute towards facilitating transportation and can be used on flights operated by Air Canada and its Star Alliance partners including Lufthansa, LOT Polish Airlines, SWISS, United Airlines and other carriers. The Shapiro Foundation is also contributing to this effort and Miles4Migrants, a non-profit charity will manage and facilitate the flight bookings, according to a press statement.

Air Canada further announced on 20APR that it is donating 100 million Aeroplan points to the Travel Fund.

"Together with our employees, we are ready and prepared to assist and support the Canadian Government's plans to bring Ukrainian people to Canada. With our 100 million Aeroplan points donation, we offer our global network and the strength of our Star Alliance partnerships, in facilitating travel to Canada. We are proud to work with other organizations and international programs to contribute towards a goal to enable up to 10,000 people to travel to Canada as quickly as possible," said Michael Rousseau, President and Chief Executive Officer of Air Canada.

"We are humbled to be able to play a part in assisting Ukrainian families who are being so warmly welcomed by Canadians. We know that access to flights is a critical need and we are proud to partner with Air Canada. We will double Aeroplan member donations towards Ukrainian travel, and donate the equivalent of up to 50 million Aeroplan points to help more people travel to Canada," said Ed Shapiro, trustee for The Shapiro Foundation.

The program will be open to Ukrainian nationals and their accompanying family members who hold valid Canadian travel documents and who have been approved for travel to Canada.