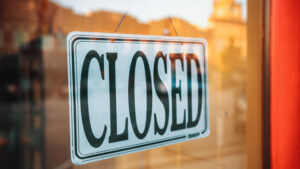 “Look to your left, now look to your right,” goes the old college professor’s tactic designed to frighten students into paying attention, “One of you won’t be here at the end of the year.”

If there’s any more proof needed that the pandemic has enrolled Canada’s travel agency community in the school of hard knocks, it’s the results of the latest survey by ACTA.

A staggering 75% of Canada’s travel agents, independent advisors and travel agencies will not survive the COVID-19 pandemic if financial aid programs are not continued until the end of 2021, or until 90 days after travel restrictions are lifted, the ACTA survey conducted this month has found.

The association wants these shocking numbers to get the feds’ attention prior to next week’s budget.

“With the federal budget being tabled on 19APR, we need to let the government know how critical the situation is for travel agencies, travel agents and independent travel agents, citing specific data from our survey,” said Wendy Paradis, President, ACTA.

“The results highlight the sustainability issues of our sector without continued and enhanced access to government relief programs both federally and provincially while travel restrictions remain in place.”

When asked which government programs and policies would best help keep the trade in business, the number one concern from survey respondents was commission recall, which has now been addressed in the Air Canada aid package announced on Monday.

The next priority was the extension of Canada Recovery Benefit (CRB)/Employment Insurance (EI), Canada Emergency Wage Subsidy (CEWS) and Canada Emergency Relief Subsidy (CERS), as well as the need for a plan to restart travel, which includes reopening borders and reducing or eliminating the hotel quarantine and the 14-day quarantine.

Other recommendations included HST forgiveness and the extension of the CEBA loan repayment schedule.

Another concern was that the HASCAP loan program is not serving many travel advisors as intended.

Of the small fraction – only seven per cent – of survey respondents who applied for HASCAP, 24 per cent were successful with twice the number — 54 per cent — unsuccessful. Respondents who did not apply to HASCAP said it was because they were concerned with amassing more debt (43%) and not thinking they qualified (33%).

“ACTA, along with a number of other industry associations we are collaborating with, will continue to advocate for an extension of all aid programs – CEWS, CERS, CRB/EI and the HASCAP loan program — until the end of this year,” said Paradis.

Anna can be spotted attending events around town for Open Jaw. The Alberta Rockies, Hawaii and France's Provence region are among her favourite destinations. She's a proud cat mom and a terrible snowboarder.