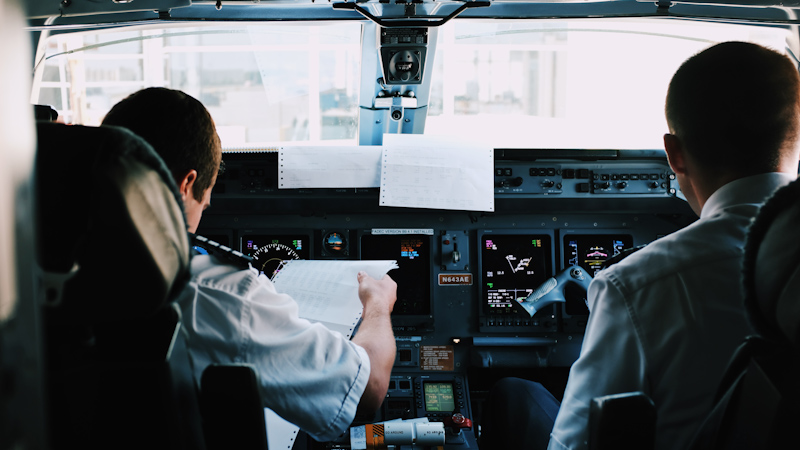 Despite the drama and photogenic quality of severe weather interrupting air travel across Canada, it’s not the prospect of snowstorms that’s keeping industry stakeholders up at night. Rather, it is a pilot shortage crisis that’s facing a perfect storm of collapsing numbers and increasing demand.

According to the Canadian Press in a report by the National Post, the number of new pilot licenses issued in Canada has dropped off a cliff since 2019, plummeting by 80 per cent.

It cites Transport Canada numbers indicating that, between 2012 and 2019, new pilot numbers were fairly stable, with an average of 1116 new licenses issued each of those years.

That means only one-fifth of the number of new pilots qualified in 2022 than in 2019.  Even as air travel demand has started to soar again.

The COVID connection is easy to make: during the pandemic, as the report says, “thousands” of pilots were laid off and furloughed - or took early retirement. So they’re not coming back. A career path in aviation suddenly did not seem stable and secure, so it slowed demand for training spots. And in addition, COVID restrictions interrupted pilot training and even forced closures of training schools. It says half of schools surveyed by the Flight School Association of North America had to temporarily close down in the early days of the pandemic.

Even after COVID restrictions have been lifted, training costs are soaring, creating another barrier for new pilots.

According to an article by CBC News, commercial pilot training costs have more than doubled in recent years to over $100,000. That’s an investment in education that’s hard to afford, hard to justify to enter an industry now perceived as unstable - and hard to pay back when newly-qualified pilots are often forced to ‘pay their dues’ in remote jobs with low pay, Robert Kokonis, president and managing director of AirTrav Inc. and Open Jaw contributor, told the National Post.

“We need to pay people more, and we need to change from a self-sponsored system where people pay for their own training and then wait for an airline to hire them, to one where the airlines sponsor people and help get them into flight schools,” Kokonis said.

That brings us to another factor being attributed to Canada’s critical pilot shortage: the spike in new, especially low-cost airlines competing for pilots.

The CBC News report quotes Mike Doiron, president of Doiron Aviation Consulting in Moncton. "If I have a new airline that starts up with 10 airplanes, I theoretically need about 200 pilots,” he told CBC.

President of the Canadian division of the Air Line Pilots Association, Tim Perry, says the proliferation of new airlines is “introducing a ton of capacity onto the market, at low cost, and it's added to the draw on pilots.”

But at the same time, he says, “those entry level jobs (at LCC’s) historically have not been career destinations. So those airlines end up with a higher training burden per unit of productive flying."

Amid finger pointing at the House of Commons transport committee hearings into holiday travel meltdown, many airline execs and stakeholders cited weather as the main issue.

But as Open Jaw reported, beleaguered Sunwing, which admitted to operational “failures,” also cited acute pilot shortages - blaming the federal government for preventing the airline from hiring temporary foreign workers as pilots.  Sunwing has subsequently cancelled or sharply reduced service for the rest of the winter season from gateways across Canada, especially in the prairie and maritime provinces.

But Perry told CBC News “he doesn't believe any Canadian airline that compensates its pilots appropriately should need to hire” foreign pilots. While acknowledging the labour shortage, he says discount carriers have hiring problems and lower retention rates due to low pilot pay.

One thing all airline executives and experts do seem to agree on is that, as Kokonis said, "the pilot shortage in this country is real, and it threatens to be a real drag on the Canadian economy.”