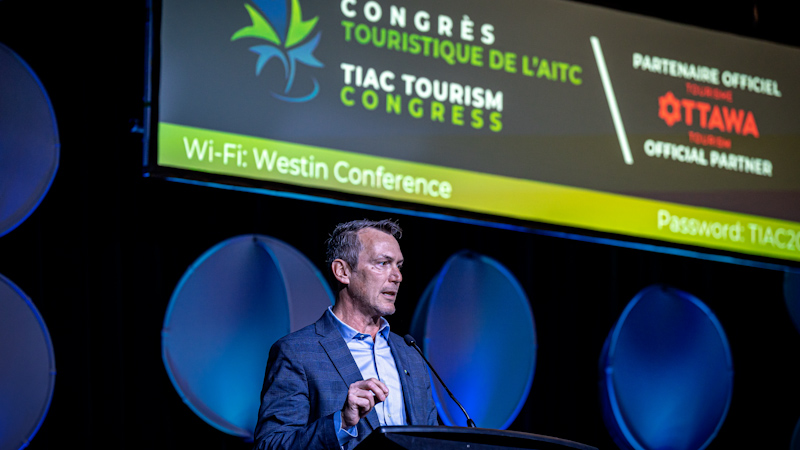 The Tourism Industry Association of Canada's (TIAC's) annual national Tourism Congress is being held 22-23NOV in Ottawa, with 400 delegates in attendance. On 22NOV, the same day that Destination Canada presented its latest research indicating that full recovery of Canada's travel economy will take until 2024, TIAC laid out its recovery goals - along with what the organization says it will take to make that recovery a reality.

Interestingly, the Destination Canada findings were positioned in a positive light, with industry recovery "as early" as 2024 - two years away - seen as being "led by the continued strength of the domestic market and the quickly rebounding US market."

In its recent submission to the Minister of Tourism and Associate Minister of Finance, Randy Boissonnault, TIAC set goals to be achieved by 2030. They include total tourism spending in Canada at $134 billion, a total tourism labour workforce of 2.5 million workers, and 30 million total annual international overnight visitors.

To get there, TIAC has charted a course that requires both public and private solutions.

“We know that there are four key areas where a host of policy actions are needed,” he said. “Our proposed goals are achievable by 2030 if adequate financial resources are earmarked in support of the new (federal tourism growth) strategy… but to get us there, a number of other things need to happen.”

i) Attracting and retaining a sustainable workforce,
ii) Improving access for visitors to and within Canada,
iii) Developing and promoting tourism, and
iv) Building a "regenerative and inclusive" industry.

Among other proposals for sector recovery, in his presentation, Seguin recommended the creation of a Tourism Policy Council of Ministers, led by the Minister of Tourism himself.

“The strategy’s success rests in all tourism partners rowing in the same direction and never losing sight of our destination,” said Seguin. “But all of the 24 federal departments and agencies now playing a role in tourism must place (these) tourism goals as a top priority. We all need to embrace and reimagine Canada's tourism industry.”