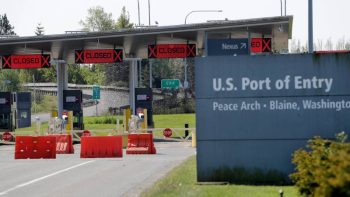 The U.S. remains the last major western country to still require proof of vaccination for border arrivals. Non-residents arriving in the U.S. by air, land or water must still show proof of vaccination. That stance now sees the U.S. isolated, not only on the continent, but in the Western world.

When Canada dropped all remaining COVID travel restrictions for entry into or travel within Canada on 01OCT, including vaccination requirements, it left the U.S. standing alone in North America.

Not only does America’s neighbour to the north no longer place any restrictions on travel into the country, neither does its neighbour to the south. Mexico doesn’t require non-resident arrivals to provide proof of vaccination or a negative COVID test, although arrivals may encounter health screening.

And on the other side of the pond, as of 30SEP, Spain became the last country in Europe that still keeps COVID-related travel entry restrictions in place for non-EU travellers.

This vaccination last-stand on the part of the government of the United States comes just as the busiest travel season of the year for many American winter/ sun destinations is fast approaching. American Thanksgiving is mere weeks away, the traditional launch of the winter vacation season. And of course, many Canadian snowbirds take flight in just days, following Canadian Thanksgiving.

However, continued U.S. vaccine requirements at the border may not be as big a hurdle as it seems, at least when it comes to Canadians making plans to travel to the U.S..

That’s because so many Canadians are fully vaccinated anyway, so for them, the U.S. rule is no barrier to travel. The government of Canada’s tracking reveals that, as of 16SEP, 2022, over 82 per cent of the entire population of Canada has received a full ‘primary’ course of COVID-19 vaccine (not including any booster shots), which is the standard enforced by American border officials.

Nevertheless, America’s border rules continue to exclude a significant number of unvaccinated Canadian and other foreign arrivals for leisure or business travel.

They also raise fears among U.S. travel and tourism stakeholders that the rules are a psychological barrier for travel recovery; a sign the U.S. is ‘closed.’

That has lawmakers in America’s border states in both parties pressing the White House to drop the last remaining COVID entry rules to align with the entire western world.

Western New York’s congressman Brian Higgins, whose district includes the tourism-reliant cities of Niagara Falls and Buffalo and who also serves as co-chair of the Canada-U.S. Interparliamentary Exchange and the Congressional Northern Border Caucus, says, “it defies logic” that the U.S. continues to retain its border vaccine mandate.

However, U.S. government officials, from the White House to the Department of Homeland Security to even the Centers for Disease Control are staying mum about any imminent plans to change vaccine requirements to enter the country.