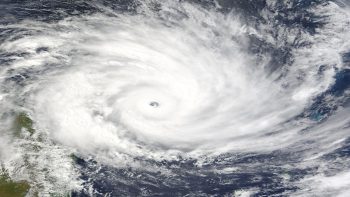 The Government of Canada has issued a travel advisory, warning Canadians to avoid “all travel to the southeastern coast of the United States, from Flagler Beach, Florida, to Surf City, North Carolina, due to tropical storm Ian.”

In the wake of Hurricane Ian, Florida is facing unprecedented damage to major infrastructure. Sanibel and Captiva Islands have been cut off from the mainland after a large portion of their only bridge crumbled into the gulf, stranding residents and making resorts inaccessible.

Fort Myers Beach took the major brunt of Hurricane Ian, a category 4 storm when it hit the coastal town on Wednesday with winds of up to 150 mph. A major storm surge ripped through the downtown area.  Some streets remain impassable due to flooding and debris. Its airport (RSW) remains closed. Further south, Naples also sustained major damage. Its historic beachfront pier was destroyed by the hurricane. In Naples and Fort Myers Beach alone, more than two million people have reported power outages.

Tampa International, the largest airport on the gulf side of Florida, was scheduled to reopen on Friday morning. MIA and EYW are operating, but with numerous flight cancellations and delays. Miami was not affected significantly by the storm, while Key West has experienced some flooding, though all 42 of its bridges are open. Elsewhere in the state, MCO and DAB remain closed. Both JAX and MLB resumed operations on Friday morning. Some major tourist attractions outside of the hardest hit areas, such as Walt Disney World and Universal Orlando Resort, were set to reopen on Friday.

WestJet issued a statement on Thursday 29SEP, advising that it has suspended operations to and from Orlando until at least 30SEP, and Fort Myers and Tampa until 01OCT.

Air Canada Vacations also said certain flights scheduled to depart to or from MCO, MIA, TPA and FLL at least until 30 SEP 2022 “may have a change in itinerary and/or may be cancelled.”

As Hurricane Ian continues up the eastern coast of the U.S. as a category 1 storm, travellers will likely face further flight disruptions.

Earlier this week, Hurricane Ian struck Cuba, resulting in nationwide power outages. However, as Open Jaw reported, the Cuba Tourism Board says that airports and resorts are “fully operational.”

“In Havana, Varadero and Holguin, power is gradually being restored for the first hotels. In other properties, hotel services continue to be available in these regions and resorts are operating on power generators,” the statement said.