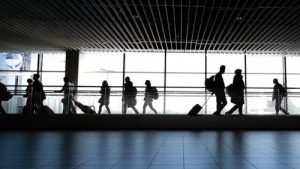 The Canadian Transportation Agency (CTA) says the backlog of air passenger complaints, brought on by a summer of travel chaos at least partially attributed to staffing issues, is growing, partially due to its own labour shortages.

The CTA says it is trying to hire more facilitators who can help resolve customer complaints against airlines.

According to the regulator, the backlog of complaints has grown to more than 15,300 in MAY, and has since risen further "in the last month or so," as travel demand overwhelmed Canadian airports and airlines, resulting in flight delays, cancellations, and lost or delayed luggage, among other issues.

And it says it's expecting to receive more than 15,000 new complaints — in addition to the existing backlog — this fiscal year, which began 01APR. That total would top the 12,158 complaints from the previous 12 months, many relating to refunds withheld following flight cancellations by airlines.

It reportedly takes the CTA around 19 business days on average to resolve a complaint once it reaches an agency facilitator. However, by its own admission, complaints can take about a year before being processed by CTA staff, with case numbers continuing to climb.

As reported by the National Post, the potential for increased complaints comes from an agency decision from 08JUL 2022, when the CTA ruled that crew shortages causing cancellation or delay typically does not allow an airline to refuse compensation, for up to CAD $1,000, to affected travellers.

However, some carriers have reportedly been categorizing flight disruptions caused by staff shortages as a “safety” issue and thus ineligible for compensation claims under federal rules.

According to the CTA, its 08JUL ruling should discourage airlines from ruling staff shortages as safety issues. That could in turn result in fewer complaints related to compensation for delays and cancellations.

“If a crew shortage is due to the actions or inactions of the carrier, the disruption will be considered within the carrier’s control for the purposes of the APPR (Air Passenger Protection Regulations). Therefore, a disruption caused by a crew shortage should not be considered ‘required for safety purposes’ when it is the carrier who caused the safety issue as a result of its own actions,” the agency explained in an email.