The World Tourism Organization has issued an updated report card for travel industry recovery. According to its latest “World Tourism Barometer,” travel “rebounded” in the first five months of the year, reaching 46 per cent of pre-pandemic levels.

In numbers, here’s what that looks like: 250 million international arrivals JAN-MAY 2022, compared with just one-third that amount in 2021.

Two regions were declared big winners: Europe and the Americas, which the report says are “leading recovery.”

Europe gained 4X as many arrivals in the first five months of 2022 compared with 2021. The report notes this growth was driven by “strong intra-regional demand and the removal of all travel restrictions in a growing number of countries.” Notably, the data in the report pre-date Europe’s travel ‘high season,’ which was already being foreshadowed by nearly 5X performance in APR during local Easter holidays.

In the Americas, arrivals more than doubled in the first five months of 2022 as compared to 2021. Sub-regions – notably the Caribbean – have almost fully recovered or even surpassed pre-pandemic arrivals, which is the case for the US Virgin Islands, St. Maarten, Honduras and Puerto Rico.

Other regions have seen recovery this year, too. The UNWTO reports “strong growth” in the Middle East and Africa, and says that Asia and the Pacific “almost doubled arrivals,” from last year, although in both cases, numbers remain much farther below 2019 levels than Europe and the Americas, indicating a longer path to recovery. The organization notes this is partially due to the fact that “some borders remained closed to non-essential travel” in these regions, which saw numbers starting to creep back up as re-opening began.

Keeping apace with the regrowth in international arrivals, is tourism spending. The report notes that “international expenditure by tourists from France, Germany, Italy and the United States is now at 70% to 85% of pre-pandemic levels, while spending from India, Saudi Arabia and Qatar has already exceeded 2019 levels.”

The horizon isn’t all rosy, however.

The UNWTO report notes that “changing travel restrictions, ongoing inflation, including high energy prices, and overall economic conditions, (as well as) the evolution of the war in Ukraine” could drag down growth for the remainder of this year.

2022 won’t see full recovery of the global travel industry, the UNWTO predicts. The organization sees international arrivals reaching just 55 to 70 per cent of pre-pandemic levels on average this year.

Regions like Europe and the Americas may reach close to 80 per cent of 2019 levels, but other regions, including Asia/Pacific, Africa, and the Middle East will drag down global averages.  Asia/Pacific, for example, is expected to “remain at 30 per cent” of 2019 levels this year “in the best case scenario.” 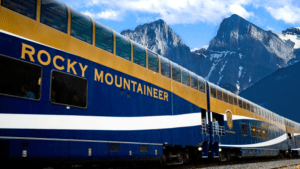