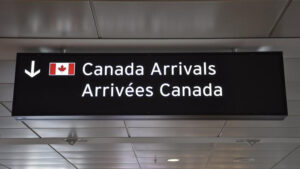 When such a “public health emergency of international concern” is declared, International Health Regulations take immediate effect, requiring international efforts to stop the spread of the disease. And, as GlobalNews reports, “This could include sharing vaccines and treatments among countries and taking travel-related measures.”

It’s hard for the travel trade not to panic. Hyper-sensitive to the impact of a global virus on travel after over two years of COVID-19 disruptions, the travel industry and Canadian travellers almost immediately wondered: are we going to see monkeypox-related travel restrictions?

The short answer is: not likely.

On the one hand, monkeypox is “still is a relatively new disease, entering basically a new population and not being controlled and we run the risk that, like COVID, it can become entrenched,” as Michael Libman, an infectious diseases specialist and director of the J.D. MacLean Centre for Tropical Medicine at McGill told GlobalNews.

But four things make the likelihood of travel restrictions to stop an internationally-spreading virus much different this time around.

Infectious disease specialists say that monkeypox doesn’t have the same ability to spread as the COVID-19 virus. Monkeypox transmission requires “prolonged close (physical) contact.” Like having sex. Not breathing shared air on a flight or in a restaurant.

Sure, the images of the ‘pox’ on patients’ bodies look scary. But experts point out that the illness is “quite mild, with most people recovering on their own after a few weeks.”  Since the outbreak began in JAN, “only five deaths have been reported across the globe.”

That old saying about shutting the barn door after the horse has bolted rings true. Canada’s Public Health Agency has confirmed there are already 700 cases in Canada, a number that’s expected to continue to rise – regardless of travel restrictions at this point.

“Restricting travel at this point is not going to have any impact,” Gerald Evans, an infectious disease specialist at Queen’s University in Kingston, ON, said. “I don’t think there should be an elevation of any concern about travel to particular areas.”

4. And It’s Really Awkward to Test for Monkeypox

It’s not like the relatively non-invasive nose or throat swab of a COVID test. To check for monkeypox, authorities would have to look for and take samples of the sores on a traveller’s body, say experts. Very awkward. And time-consuming.

It would have to be a catastrophic health situation indeed to see that happening to long lineups of pax at an airport.

Despite its declaration of a “public health emergency of international concern,” WHO is not itself recommending “general or targeted international travel-related measures” to stop the spread.

Instead, it recommends that anyone with symptoms like the tell-tale rash, fever, headaches, muscle pain and fatigue – simply avoid travel. Which is good advice if anyone thinks they’re sick with anything, as a good citizen would avoid spreading any virus around.