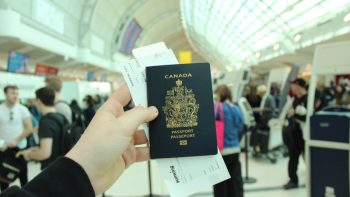 Service Canada has instituted another measure to help reduce chaotic lineups and frustrating wait times for Canadians who need passports to travel.

The federal Minister responsible for Canada’s passport services, Karina Gould, issued a statement revealing that five new passport pickup locations across Canada have been opened as of 25JUL.

“This expansion will allow many Canadians who need to pick up passports in person to do so closer to their homes, rather than travel to another office in their area,” she added.

“Opening these new pick-up locations will also help reduce lineups at other offices in bigger cities.”

Canadians can now pick up their new passports at the following passport offices:

Is the Worst Over?

The new pickup locations are opening as it’s revealed that the flood of passport applications that overwhelmed Service Canada earlier this year may finally be slowing down, with passport staff also working less overtime in JUL.

Its statistics reveal that, for the week of 11-17JUL,

Compare those numbers to the previous week (04-10JUL), when Service Canada stats say 62,423 passport applications were received. That’s down 4,674 applications in one week.

If these trends hold, it appears Canada’s passport crisis may have peaked, and finally be waning.

At the same time, the minister responsible for Canada’s passports insists Service Canada is still “working hard to provide passports to Canadians as quickly as possible. At the same time, staff are doing everything they can to give Canadians a better service experience as they go through the passport process.”

But the minister made a notable omission in her statement, too, failing to address digital solutions for applying for a passport renewal online.

It’s something that, as Open Jaw has reported, was recommended years ago. The government’s own pre-pandemic warning report – in MAR 2020 – said the “single greatest improvement” to the passport process would be an online application portal.  But there isn’t one.

In 2014 the government began the Passport Program Modernization Initiative (PPMI), an IT project that was supposed to have created an improved and streamlined process for Canadians to apply for and be issued passports. It had a $100 million budget and a launch date of 2016-17.  PPMI’s  launch date was then pushed to 2021-22 – and it still hasn’t happened.

In 2020, Ottawa apparently began to build a “digital platform that would allow people to renew and pay for their passports online, as well as upload the required photo from any device.” However, it would only apply to renewals, not new applications, and apparently is still only at the “pilot-project” phase.

Today, all Minister Gould will mention is the development of possible “new technology to keep Canadians better informed of the status of their applications.”

Even if we are looking towards the end of the passport backlog crisis, the federal government must enter the 21st century and heed its own recommendations to bring Canada’s passport services into the digital age.