CUPE has launched a letter writing campaign, asking Canadians to join in its call for the government of Canada to aid in the safe return of Canadian air crew members detained by authorities in the Dominican Republic.

The union’s online petition can be found here: https://cupe.ca/help-free-cupe-members-held-dominican-republic

“Since April 5, CUPE members Christine Carello and Alexander Rozov, flight attendants at Pivot Airlines, along with two pilots and a flight mechanic – members of ALPA and Unifor, respectively – have been held in the Dominican Republic, after discovering and reporting suspected contraband on their plane.

In doing so, the crew prevented a possible onboard fire, and a probable air disaster resulting from the added weight and unsafe location of the contraband on the plane.

Despite that, and despite immediately following all local and international laws and regulations, Dominican authorities want the crew to be held in prison for up to 12 months as an investigation runs its course. They have faced daily threats, including explicit threats on their lives for their actions, and CUPE is gravely concerned for their safety, mental health, and physical well-being.

Christine and Alexander and their ALPA and Unifor colleagues need the support of CUPE members to put pressure on the Canadian and Dominican governments.

Write Canada’s foreign affairs minister and your local MP today to demand they do everything they can to bring Christine and Alexander and the whole crew home.” 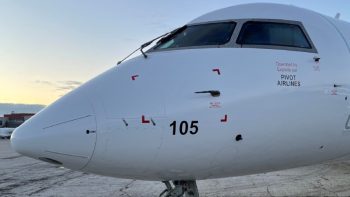 Airline Calls for Ottawa to Intervene

The union’s online petition echoes Pivot Airlines’ own calls for the government to help the aircrew.

“For more than 24 days, our crew has been subject to threats against their lives, inhumane treatment and arbitrary detention for dutifully reporting a crime and averting a potential aviation disaster,” Eric Edmondson wrote to Canada’s Foreign Affairs Minister Mélanie Joly, according to the Globe & Mail.

“Time is of the essence.”

That’s because, as Open Jaw reported, the Pivot Airlines crew members, who were detained following the discovery of 200 kilos of cocaine hidden in a chartered aircraft prior to take-off from Punta Cana, are now at risk of being returned to prison in the country.

They had been released on bail provided by the airline, on the condition they remain in the country. The judge’s release orders noted prosecutors had presented no evidence linking crew and passengers to the contraband.

However, new reports say that Dominican Republic prosecutors are appealing a court’s decision to release them.

“In a shocking move, the prosecutor has recently filed an appeal of the court’s decision to grant our crew bail, despite having no evidence tying them to a crime,” said Pivot in a statement.

Edmondson said the whistle-blowing crew members had been jailed in a facility for narcotics prisoners, and being returned there would be a “death sentence.”

A statement by Global Affairs Canada was a boilerplate comment that it was “monitoring the situation,” and “providing consular assistance.”

Pivot Airlines says more action is needed. “The government, we think, has to step up and intervene. It’s unacceptable a Canadian airline crew can be incarcerated wrongfully,” Edmondson said.

Government Advice to Travellers: Use "A High Degree of Caution" 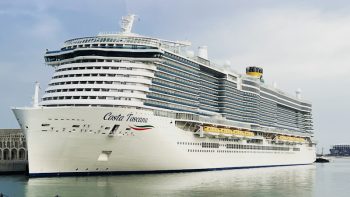