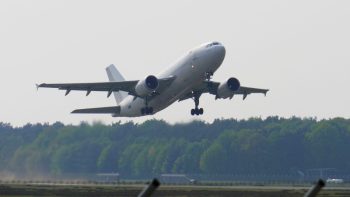 The response from Canada’s airlines to Thursday’s announcement that Ottawa was dropping border testing requirements for fully vaccinated travellers was universal:

WestJet chief commercial officer John Weatherill, in an interview with GlobalNews, said the airline is getting ready for an “ “immediate and dramatic” surge in demand.

“This transition phase coincides with our upcoming launch and will be a key component in promoting travel back to Canada during peak season – then into the fall again with a forecasted record volumes of VFR and leisure traffic.”

Some reports say that, not only are bookings already surging - so are fares.

As Open Jaw reported, while Canada’s airlines previously said the increase in the cost of fuel as a result of the war in Ukraine would not automatically drive up ticket prices, we quoted Air Canada spokesperson Peter Fitzpatrick noting that fares can change frequently in both directions, due to a number of factors, “apart from fuel costs, including ... competition, demand, marketing considerations and the type of traffic that a route serves.”

And there may be a ‘perfect storm’ for spiking fares now.

The same report pointed out a whopping 50 per cent increase in air fares between Canada and the U.K. posted by an online travel retailer last week.

“A lot of supply and demand works very much in travel. There are currently less scheduled flights and less space available from pre-pandemic,” said Wallace.

“Hopefully we’ll see airlines start to add more flights as they get more staff and that might ease the pricing a little bit. But without question, it’s going to be a very busy time and that tends to drive the price up.”