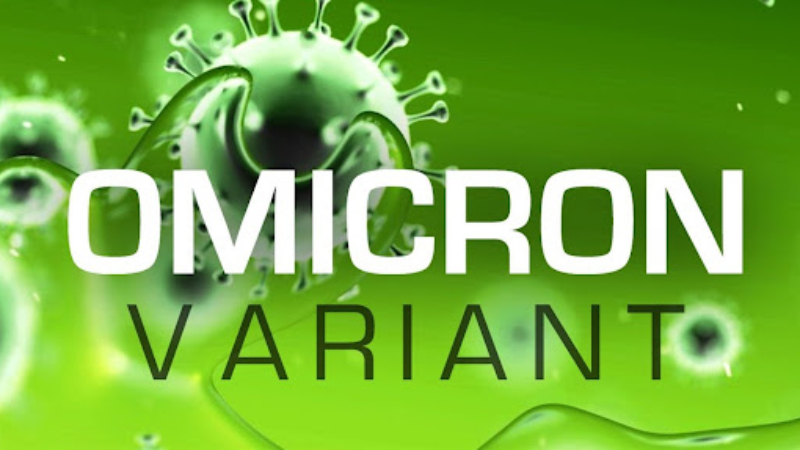 Just as the world breathed a sigh of relief that COVID-19 was being harnessed, Europe exploded in a new wave last week and panic set in over the weekend as the internet was flooded with stories of a new variant dubbed Omicron.

Not much is known about Omicron except that it seems to have originated in southern Africa.

On 26NOV, the government of Canada announced limits on travel from seven countries in southern Africa.

Joe Brancatelli of the well-travelled ‘JoeSentMe’ newsletter had this to say “I have no idea what makes this Omicron variant different from all the other Coronavirus variants. But neither do the dozens of other people writing stories telling you what the Omicron variant is and what it means.”

Sound advice as we feel the urge to lock the door and throw away the key.

Despite the swift action, the Ontario government announced on 28NOV that two cases of the variant were confirmed in Ottawa. Health Minister Jean-Yves Duclos said the confirmation is a signal that Canada’s monitoring system is working but more cases of the variant are expected.

“As the monitoring and testing continues with provinces and territories, it is expected that other cases of this variant will be found in Canada,” Duclos said.

What is Known of Omicron so Far

Omicron, also known as the COVID-19 variant B.1.1.529, was first reported to the World Health Organization (WHO) by South Africa on 24NOV. According to the WHO, early evidence suggests that there may be an increased risk of reinfection with Omicron, but it is still not clear whether it is more severe. As such, the organization has labeled Omicron as a “Variant of Concern.”

In a statement from Health Canada, early data suggests that Omicron “may be more transmissible” but evidence is currently limited. The ministry added that there is ongoing international data gathering to determine the severity of illness and the effectiveness of vaccines on this new variant.

On 26NOV, BioNTech SE said it expects more data within the next two weeks to determine if its “Comirnaty” vaccine, produced in partnership with Pfizer Inc., would have to be reworked to better combat Omicron. Pfizer and BioNTech said that if necessary, they expect to be able to ship a new vaccine tailored to the variant in “approximately 100 days.”

Moderna said that it is working to “advance a booster candidate” tailored to fight the Omicron and testing a higher dose of its existing booster shot.

“A booster dose of an authorized vaccine represents the only currently available strategy for boosting waning immunity,” Moderna said.

In an interview with the CBC, infectious diseases specialist Dr. Isaac Bogoch said “even if there does seem to be a chipping away at the effectiveness of vaccines, it will likely be a gradual chipping away, and the vaccines will still likely confer very significant protection especially against more severe infections.”

According to Health Canada, the travel restrictions put in place are temporary while Canadian and international health communities gather data to understand the “potential implications in terms of transmission, clinical presentation and vaccine efficacy.”

Border measures may be adjusted in the future as the government of Canada continues to assess the evolving situation.

Meanwhile, the WHO has urged countries around the world to not impose flight bans on southern African nations due to the variant.

“Travel restrictions may play a role in slightly reducing the spread of COVID-19 but place a heavy burden on lives and livelihoods,” said WHO’s regional director for Africa, Matshidiso Moeti. “If restrictions are implemented, they should not be unnecessarily invasive or intrusive, and should be scientifically based, according to the International Health Regulations.”

Travel Restrictions Around the World

Some countries, such as Israel, Morocco, and Japan have completely shut down, not allowing entry to any foreign travellers. Other destinations have chosen to tighten travel restrictions.

The U.K. announced that it will require PCR tests for all travellers arriving in the country as of 30NOV as it seeks to contain the spread of Omicron. All travellers, regardless of vaccination status, will need to take a PCR test within two days of arrival and must self-quarantine before returning a negative result. Lateral flow tests, which were previously accepted for entry, are no longer valid.

Until the U.K. can reinstate its hotel quarantine system, 10 countries from southern Africa are back on its red list. Masks are also now mandatory in public spaces once again after the requirement previously ended in JUL 2021.

The president of the European Union Commission proposed to halt air travel between EU member states and southern Africa. According to JoeSentMe, the Netherlands imposed a new partial lockdown, with the country “effectively closed between 5pm and 5am,” explained Prime Minister Mark Rutte.

Switzerland has imposed travel restrictions on South Africa and the surrounding region, as well as the U.K., the Czech Republic, the Netherlands, Egypt and Malawi, where cases of Omicron have been detected.

The U.S. has also banned flights on foreign nationals from eight countries in the region. New York Governor Kathy Hochul has declared a state of emergency on 26NOV, while also urging New Yorkers to wear masks in indoor public venues. While the U.S. has yet to detect any cases of the variant within its borders, Hochul said “it’s coming.”

The Final Word Goes to Joe

Having lived in a state of fear for almost two years, it’s natural to feel a sense of dread at the prospect of more shutdowns and potential isolation.

As Joe Brancatelli puts it “The experts don’t know–and won’t know for weeks since Omicron was only identified late last week in South Africa. So please don’t assume anything about vaccine efficacy, danger, etc. Approach [articles like this one] with extreme caution. They’re filling space, not shedding light.”