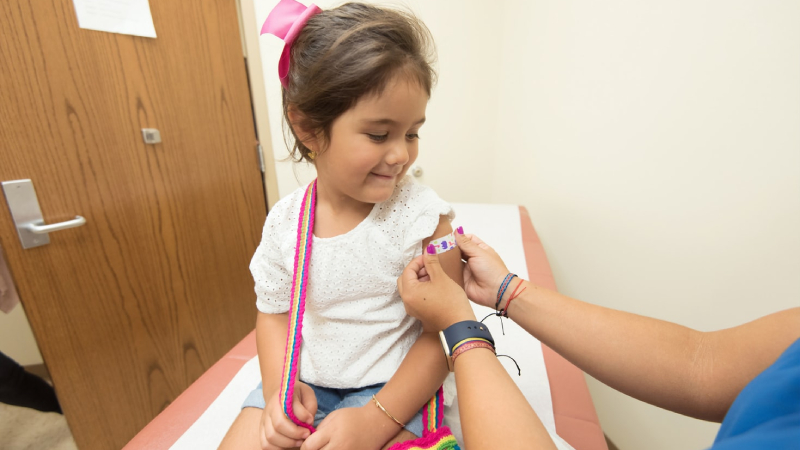 According to Health Minister Jean-Yves Duclos, the Canadian federal government has no plans to apply its travel vaccination mandate to children. The word came as the Pfizer vaccine was approved Friday for Canadian children aged 5 to 11.

According to CTV News, Duclos said the government will not apply the same vaccination requirement to children as they have for all adults travelling from Canadian airports or through rail and non-essential cruise travel.

“There are no changes to the vaccination or testing rules for children of any age,” said Duclos, adding the government was, “entirely focused now on delivering the doses of Pfizer to the provinces and territories so that we can start administering the Pfizer vaccine as quickly as possible.”

However, the Health Minister implied that the lack of vaccination requirements for children may change in the future as no one can predict “how the situation will evolve.”

As previously reported by Open Jaw, the Canadian government will require full vaccination for all travellers departing from Canadian airports, VIA Rail and Rocky Mountaineer trains, and non-essential cruise travel as of 30NOV.

While Canada may not require vaccination for children to board federally-regulated transportation like planes – yet – families planning cruises will still have to satisfy the requirements of a number of cruise lines that mandate 100 per cent vaccination of workers and guests, among them Norwegian Cruise Line and Disney Cruise Line.

No Rule Changes with Booster Shots

In addition, Duclos said that the federal government does not currently intend to include COVID-19 booster shots within its vaccine mandate.

“Based on the public health guidance and knowledge that we now have there is no need to change the rules around the definition of full vaccination,” he said.

Currently, Health Canada has approved the use of the Moderna and Pfizer vaccines as a booster dose for those 18 and older, to be administered at least six months after finishing their primary vaccination course.

One thought on “Vaccination Mandate for Travel Will not Apply to Children: Health Minister”