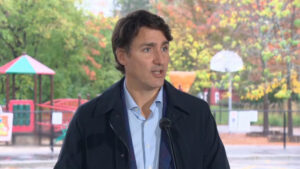 Vaccine Passports: to be Issued by Provinces

Months after Ottawa first indicated it was working in collaboration with the provinces on a vaccine passport for Canadians to travel abroad, now it appears that Canadians’ vaccine passports will be issued by provinces or territories, not the federal government directly – at least for now.

In a media release just prior to the Thursday conference, the federal government announced that vaccine passports were designed to allow other countries and transportation providers to recognize the vaccine passport  as a “trusted Canadian document” “regardless of the province or territory that issued it.” (Open Jaw’s italics.)

They’re “designed with a common look” that complies with the SMART Health Card standard, which is “used and recognized by many top travel destinations for Canadian travellers.”

During the media conference, the Prime Minister revealed that – as many Canadians know,  some provinces have already moved forward with vaccine passports, but that all the provinces have agreed on a standardized format.

That news raises the possibility – already reported by Open Jaw in recent days –  that Canadians in some provinces may have access to vaccine passports earlier than others.

In a media interview last weekend, Public Safety Minister Bill Blair addressed the need for Ottawa to coordinate with all provinces and territories on vaccine passports, since it’s those jurisdictions, not Ottawa, which store and keep secure Canadians’ health data. At that time, Blair said only that the federal government was “hoping to have a coordinated” rollout for all Canadians simultaneously.

Thursday’s federal government release went on to say that Ottawa is “actively engaging international partners to seek recognition and acceptance of the Canadian COVID-19 proof of vaccination abroad,” even if they may be provincially-issued.

In addition, the federal government press release addressed the issue of mixed vaccines facing many Canadians.

“As of November 8, 2021, Canadians vaccinated with any combination of 2 doses of a COVID-19 vaccine authorized by U.S. regulators or the World Health Organization will be considered fully vaccinated and able to enter the United States,” the release stated.

In addition, “The Government of Canada is actively engaging other countries and international partners” to follow suit although full acceptance of mixed vaccines is still a patchwork, not a standard and travellers will still need to verify vaccination requirements for any travel destination.

For Canadians concerned about privacy issues related to the information on vaccine passports, Ottawa is assuring Canadians that, “The only medical information shown is a person’s COVID-19 vaccination history. The proof, including the QR code, does not contain any additional medical or identity information.”

Information on the proof of vaccination is limited to:

Simultaneous to the rollout of ‘vaccine passports,” the federal government advises that the ArriveCan app has been updated to allow border officials to “digitally verify the authenticity of the new Canadian COVID-19 proof of vaccination.”

Travellers are advised to update their ArriveCAN app to ensure their digital vaccine passports work with the app.

However, the release did add that if travellers do not have this new proof, they can continue to upload other proofs of vaccination in ArriveCAN as they are already doing – for example, with photos of their vaccination certificates.

Vaccine passports will apply to children, too.

As of 30OCT, “all travellers 12 years of age and older departing from Canadian airports, and travellers on VIA Rail and Rocky Mountaineer trains, will be required to be fully vaccinated in order to travel.”

As that is now only days away, the government is providing a transition period allowing children to present a “valid COVID-19 molecular test within 72 hours of travel as an alternative to providing proof of full vaccination.”

At the same time, Ottawa points out that vaccination can no longer be delayed by anyone hoping to travel cross-border or in any federally-regulated means of transportation: “If travellers have not already started the vaccination process, or do not start soon, they risk not qualifying for travel as of November 30, 2021.”

More information is available at the following link about boarding flights to and within Canada.