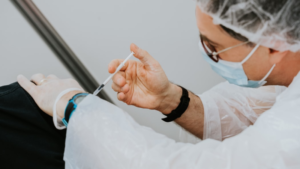 Saskatchewan made it two. The province joined Quebec last week in offering residents a coveted ‘third shot’ if they originally received a ‘mixed vaccine’ and discovered they need a specific vaccine combination to travel.

In fact, the province is even offering a complete ‘do over’ for residents who received both doses of the vaccines that are causing problems for Canadians who want to travel to the U.S. or other international destinations.

The Saskatchewan government said it was making the option available specifically because some countries require proof of specific vaccinations. As Open Jaw has reported, many cruise lines also follow CDC guidance for cruises at least in U.S. waters, and some even internationally. As Astra Zeneca has not been approved for use in the U.S., the CDC doesn’t recognize it as contributing to full vaccination status.

"Individuals who received two doses of Covishield or AstraZeneca are able to complete a schedule to support international travel requirements with two additional matching mRNA vaccines such as Pfizer or Moderna."

Saskatchewan residents will not need to provide proof of travel to get a ‘third shot,’ and will be able to receive them by booking appointments or going to a pop-up vaccine clinic.

Late JUL, in response to word that a ‘mixed vaccine’ schedule would prevent some Canadians from travelling, the government of Quebec announced it would provide additional shots to those who needed them for travel.

Most other provinces have said they had no plans to offer third shots for those with mixed vaccines.

That could be the beginning of a trickle-down trend that permits everyone to receive a ‘third shot’ - even as a booster, not necessarily ‘on demand’ as a solution to travel.

Even without 'on demand' do-over's or 'third shots', booster shots - eventually - may mean any prospective Canadian traveller will have a full complement of vaccines to meet entry requirements for other countries.