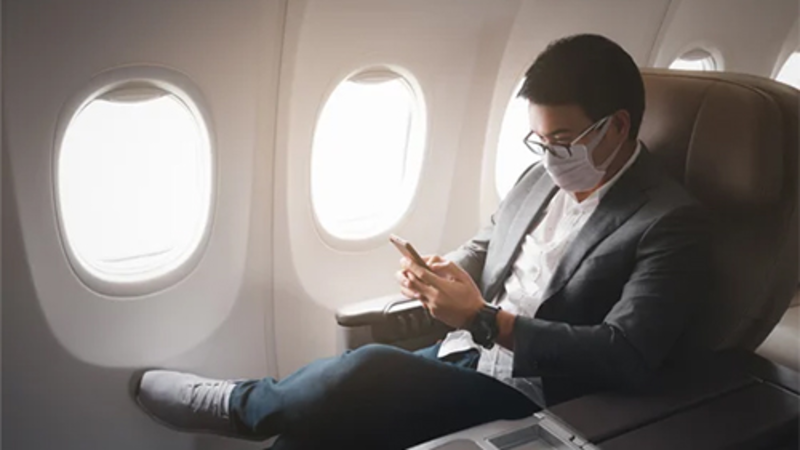 The U.S. government has announced that it will extend a national mask mandate for travel through to 18JAN amid rising concern about COVID virus variants.

The current CDC order being extended requires face masks to be worn by all travellers on airplanes, ships, trains, subways, buses, taxis and ride-shares and at transportation hubs such as airports, bus or ferry terminals, train and subway stations and seaports.

But the White House has stopped short of mandating vaccines for travel.

Homeland Security Secretary Alejandro Mayorkas told CNN there was no discussion "at this time" about requiring vaccines for domestic airline passengers.

This is another big divergence from COVID-related travel policies here in Canada. Ottawa last week announced that all federally-regulated travel industries - including air and rail - will require both workers and pax to be fully vaccinated.

At the time, Air Canada called Ottawa’s announcement a “welcome step forward in the evolving measures to protect the health and safety of airline employees, customers and all Canadians.”

Reports say that some airlines south of the border do not echo their Canadian counterparts’ support of mandatory vaccines - or even testing. In a call discussing mandatory testing for airline pax, a letter from Southwest Airlines CEO Gary Kelly to President Biden read, “Such a mandate would be counterproductive, costly, and have serious unintended consequences.”

Surveys suggest that perspective is not in line with majority public opinion.

A Harris poll from early AUG shows that 64 per cent of Americans support introducing not just testing, but a vaccine passport for flying on an airplane, with those who “strongly support'' such an initiative outnumbering those who “somewhat support” it by more than two to one.

Those results are not new - only growing. Two major MAY surveys from Gallup and Ipsos revealed that 57 per cent and 61 per cent of adults, respectively, believed that vaccine passports would be effective in making travel and large events safe.

Americans may be putting their money where their mouths are. An increasing number of Americans appear to be breaking travel plans due to spiking numbers of COVID cases. Another finding of the AUG Harris Poll was that, when asked if they found a great airfare deal to a location that was experiencing a spike in COVID cases, the majority - 68 per cent - of respondents said they would pass on it. Less than a third would definitely (14 per cent) or probably (17 per cent) jump at the opportunity.

Other airlines may be listening and taking initial steps. This month, United Airlines, Frontier Airlines and Hawaiian Airlines all announced a mandatory vaccination policy for their employees - but not yet for pax.

Mandatory vaccines for travel may not be as hard for American air passengers to accept as some may think. Open Jaw reported about recent survey from travel resource site Upgraded Points revealing that 81.8 per cent of Americans now approve of vaccine passports, and that a majority of unvaccinated Americans would be more likely to get their shots if the US federal government were to impose a vaccine mandate for pax.