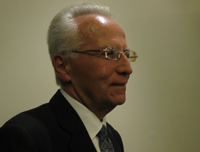 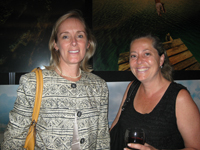 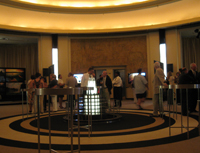 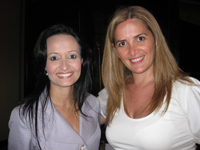 In Australia, I bet they get tired of hearing that it’s all about kangaroos. Ditto in England (“We’re not just stately homes”). And here in Canada, we cringe at our international image of moose, mountains and Mounties.

Guess what?  In Mexico, they’re frustrated that international tourists, Canucks included, think it’s all about the beach.

This was the message from Rodolfo Lopez Negrete Coppel, the COO of the Mexico Tourism Board, delivered recently at the tony Carlu, an art moderne special event facility in downtown T.O. Our many hosts comprised not only Mexican tourism officials, including the freshly-minted Minister of Tourism herself, Gloria Guevara, but also may dignitaries who are taking the message across North America.

The good news is that tourism is up significantly, even in last year’s troubled times. It’s Canadians’ number two foreign destination (after the U.S.) – 1.2 million of us visited Mexico last year.

So how are they going to lure us away from the beach?

One tactic is a new ad campaign including TV spots. The ads feature fit 20-somethings rappelling down cliff faces; a hip couple making eye contact as they prepare to scuba dive in a cenote, and – clearly targeted at the US short-stay market – a couple climbing a Mayan pyramid and enjoying a symphony concert, instead of “what we had planned to do this weekend, like working in the backyard.”

In the works? Celebrity testimonials featuring folks like Canada’s own Pamela Anderson. New multi-lingual toll-free hotlines disgruntled tourists can call about any aspect of their holiday – while they are in Mexico. Touristic Ambassadors: college-age kids deployed in resorts and airport to help visitors with any questions (several in the audience volunteered).

Hmm…Maybe the Mexicans can help us with the moose-mountains-Mounties problem?