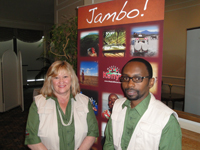 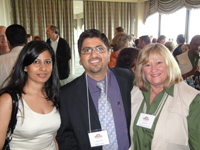 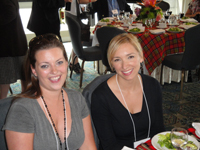 Over the next four weeks, Africa – specifically South Africa – will have the global spotlight beamed directly on it during the World Cup. However, some of South Africa’s neighbours are expecting the residual exposure to have a significant impact on their tourism numbers. Falling into this category is Kenya, whose embarrassment of touristic riches will surely catch the eye of at least a few of the almost 1 billion people who will be watching and following the World Cup.

To make the most of this opportunity, Kenya’s Tourism Board (KTB) decided they needed a Canadian presence and chose VoX International to represent them here. KTB marked the announcement by going on a three-city Canadian tour of Montreal, Toronto and Vancouver to promote the latest and greatest in the home of Africa’s big five.

Last week during the Toronto stop, KTB and VoX hosted a Kenyan style lunch at the Sutton Place Hotel for industry friends and reps.  Among the announcements were that Kenya expects to see Canadian annual visitor numbers increase from 25,000 to 50,000 in three years due to a combination of added capacity and their relationship with VoX.  In addition, Jomo Kenyatta International Airport  is expanding by adding a new terminal and making renovations that will see capacity grow from 5 million to 9.3 million pax by 2013.

More big news at the luncheon included the launch of VoX’s Kenya Authorized Travel Specialist (KATS) program which includes a host of benefits for agents who want to improve their ability to sell Kenya. You can learn all about the program and become a KATS by visiting www.kenyaagent.com.  For updates on Kenya and other useful information for the travel trade you can also visit www.magicalkenya.com .