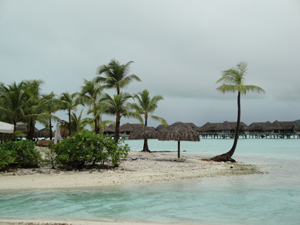 Beach at the Intercontinental Thalasso in Bora Bora 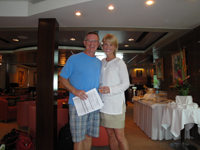 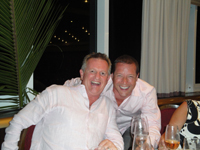 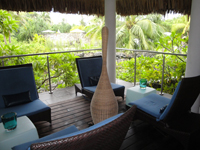 Quiet Spot At The Intercontinental Thalasso in Bora Bora 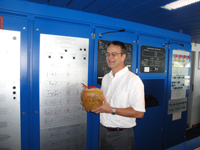 Richard Bailey On The Bridge 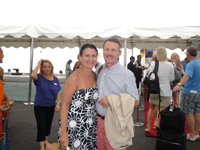 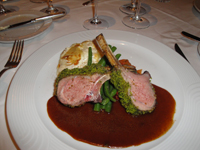 I don’t often have the luxury of travelling to exotic destinations, but for a Tahitian cruise, I forced myself to make an exception. From now on, when I think of 360 degrees of indulgence, I will think of the Paul Gauguin. Fact is, you could probably be on a raft in French Polynesia and still feel spoiled. The scenes that greet you every morning have the “aah” quality we all search for in a holiday. To consume all this eye candy in the comfort of your stateroom, French cuisine a mere phone call away, Champagne on tap (especially with my travel companions), all delivered with friendly aplomb, was nothing less than dreamy.

As Richard Bailey put it, “The Paul Gauguin is not a common cruise. In fact, the Paul Gauguin is the cure for the common cruise.” Richard Bailey is the Managing Director of Pacific Beachcomber which now owns the ship, along with a number of Intercontinental Hotels on the Society Islands. The hotels are just as exquisite as he is. Charming, refined and understated. In a word, the whole experience is highly seductive, so fair warning to clients to bring someone they like – a lot.

The topper is that it is all surprisingly affordable. Having visited some of the islands – Moorea, Bora Bora, Raiatea – one quickly realizes that to stay, eat and drink in this part of the world for a whole week can add up very quickly. Staying on an all-inclusive ship cuts the daily cost by at least half. Without cutting back on quality.

For water babies, this is the ideal package. Scuba, kayaking and snorkeling are available right off the ship. You can get a good dive in and be back in your stateroom for a shower within 2 hours.

The downside? Clients won’t be completely anonymous in this intimate atmosphere, so anyone travelling incognito should avoid it. They also won’t feel like they are floating in a pinball machine – so anyone requiring a constant barrage of noise stimulation might get antsy.

Last, but not least, the air. Air Tahiti Nui does a remarkably good job on the 8 hour flight from LAX to PPT. The service with a flower was very friendly, the food had a distinctive French flair, washed down with French Champagne. Jet lag? What jet lag?