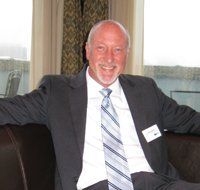 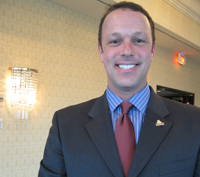 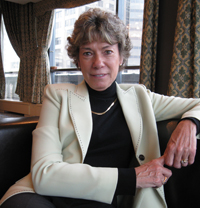 Gillian Hall of Tourism Quebec, which is receiving more and more cruisers 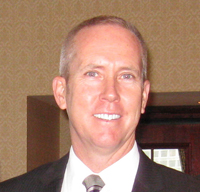 Looks like a lot more Canadians will be taking to the high seas (and the calm waterways) if CLIA, or Cruise Lines International Association, has its way. Several execs from the association and partner cruise companies got together to host some industry types at the always-chic Park Hyatt rooftop restaurant recently, and over crab cakes and steaks grilled to perfection, gave us all the hot news about whatâ€™s happening in their industry.

Turns out over 775,000 Canadians will have sailed by the end of this year, almost a 10 per cent increase over last year. And agents are not only sending their clients to tropical climes, but both the Â Pacific and Atlantic coasts of Canada (along with a generous helping of Quebec and New England) are enjoying more cruise visitors â€“ 300,000 in all, generating $2.3 billion spending in Canada.

European river cruising is also seeing growth in interest and number of ships, tied with the Med for â€œhot new destinationsâ€, according to Terry Dale, president and CEO of CLIA.

And Cunard, which currently has just two ships cruising gracefully around the world, is holding its own in a sea of gimmicky on-board distractions. Cunard passengers love the fact that on a 6 day cruise there will be 3 formal nights, with ballroom dancing to a live orchestra. â€œWe stay more formal and people love it,â€ says Cunardâ€™s Brian Oâ€™Connor.

Clearly the Canadian cruiser is becoming of more interest to CLIAâ€™s 25 cruise lines, as for the first time ever the annual cruise3sixty, the industryâ€™s conference, is being held not in its traditional home port of Ft. Lauderdale but in Vancouver – on June 2nd to 6th 2010.

And it seems that savvy agents will want to climb on board the SS Growing Market and set sail to more profits!