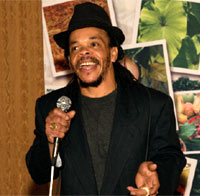 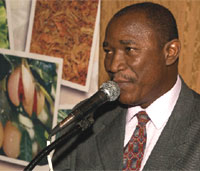 â€œArriving in Grenada is like stepping into an absolutely delicious pumpkin pie.â€ That colourful description came from Rob McChlery of Air Canada Vacations, one of two Canadian tour operators featuring flight-and-hotel packages to the â€˜Spice Islandâ€™ this winter.

Not just a tourism description, â€˜Spice Islandâ€™ is a tangible one. Grenada earned its moniker through its status as a major producer of nutmeg and cocoa, as well as a host of other spices including cinnamon, allspice, clove and ginger.


During a recent visit to Canada, Grenadaâ€™s Director of Tourism William Joseph reflected on a tumultuous past few years for the islandâ€™s tourism industry. Hurricane Ivan dealt Grenada a terrible blow in 2004, damaging or destroying 90% of the islandâ€™s homes as well as much of its tourism product.


While cruise calls returned within months, it has taken years for some hotels and resorts to return to full operation. The benefit, however, is that repairs and rebuilding spurred revitalization. â€œIvan gave us a spanking,â€ says Joseph. â€œBut now we have a spanking new product.â€


Following Ivanâ€™s exploits, the next challenge for Grenada was the economic downturn. Through September of this year, visitor numbers were down 14%. The recession has also slowed development of a couple of major tourism projects, including a Four Seasons hotel complex and the Levera Resort & Spa, which aims to be a world-class eco-resort.


With the addition of Sunwing Vacations to the mix, Joseph expects to see many more Canadians among this yearâ€™s visitors. Sunwing is now offering Monday and Wednesday flights from Toronto, while ACVâ€™s Sunday flight program will kick off December 20th and run through April.


Grenadaâ€™s tourism product is on an intimate scale. There are only two properties with 200 rooms or more â€“ the Grenada Grand Beach Resort and the Grenadian by Rex Resorts â€“ both offered by Sunwing this year. LaSource, the sports and wellness resort that is perhaps the islandâ€™s most famous property, features just 100 rooms, while most others offer 50 or less.


â€œWe are a small, high-quality destination,â€ says Joseph. â€œWeâ€™re not about mass tourism, but we have the capacity and the quality to accept more business.â€


The tourism director says the impact of Hurricane Ivan was a reminder to Grenadians about the tourism industryâ€™s contribution to social and economic development. Joseph says safety and value are key issues in how travellers decide on a destination, and heâ€™s confident Grenada holds an edge there.


â€œWe have to take responsibility for the safety of our visitors. Thatâ€™s a task for every Grenadian and weâ€™ve offered a safe environment for a very long time. We also have to give value in return for their dollars, and thatâ€™s a message we stress to everyone who interacts with visitors.â€