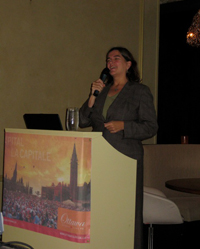 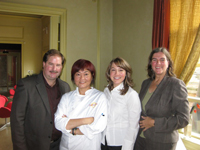 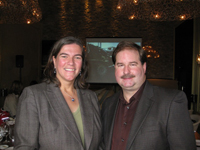 Ottawa takes its food very seriously these days – with a heaping helping of local patriotism, loads of historic substance, a dollop of artistic soul and a dash of diplomatic prestige.  Initiatives such as Savour Ottawa (www.savourottawa.ca) bring together local farmers (there are almost 1,600 producing farms in the Ottawa region!) and chefs from excellent local restaurants and charcuteries. The cuisine focuses on fresh, organic and nouvelle cuisine. Itâ€™s all meant to be easy to digest in conjunction with a visit to the cityâ€™s major attractions – the National Gallery, Canadian War Museum and the grand re-opening and 100th birthday of the Canadian Museum of Nature. My favourite is the unique Diefenbunker, Canadaâ€™s Cold War Museum (www.diefenbunker.ca).

All the attention to healthy local dining doesnâ€™t mean that Ottawa is dropping its affinity for the ubiquitous Beaver Tails. Theyâ€™re still a major part of the fun of the capitalâ€™s outdoor living culture, from skating along the Rideau Canal to enjoying seasonal festivals, from Maple Syrup Fun to the Cisco Ottawa Bluesfest and International Chamber Music Festival.  The latest specialty offered by the Moulin de Provence bakery is the â€˜Obama Cookieâ€™. President Obamaâ€™s impromptu visit to the ByWard Market last spring spawned this new Ottawa trendy treat. About  120,000 of them have been sold since his visit generated so much attention. We had a chance to sample them too â€“ theyâ€™re pretty tasty.