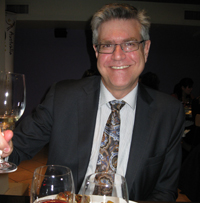 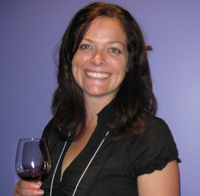 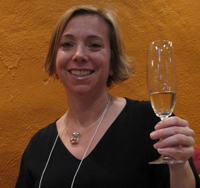 It appears that Australia has more than fabulous beaches, wildlife and culture. In fact, we Canucks are streaming to the land down under in growing numbers at least partly because ofâ€¦ the food and wine.

â€œWeâ€™re welcoming 120,000 or more Canadians each year â€“ and have a repeat factor of 40 to 45%,â€ Daryl Hudson of Tourism Australia told me over a deliciously Aussie-themed lunch at Quince Resto in mid-town Toronto. â€œWe call our food and wine a â€˜key motivatorâ€™ for travel â€“ or as I like to say, a passion point.â€

Passion point indeed. Looks like our Aussie cousins have moved way, way beyond the shrimp-on-the-barbie days with edibles now ranging from artisanal cheeses infused with wasabi, to the freshest of seafood and â€“ of course â€“ wine galore. In fact, Australians have been in the wine business for over 150 years, and itâ€™s much more than just chardonnay and shiraz, according to Marnie Williams, Eastern Canada marketing development officer for Wine Australia.

So how do Australiansâ€™ tastes in wine vary from Canadians? â€œThey tend to be more adventurous â€“ they drink bubbles all the time!â€ she said, sipping from a flute of Jacobs Creek sparkling wine.

One fellow who has every reason to raise a glass is Hudson, recently promoted to Vice President, The Americas (yes, North and South), and hence in the process of moving from Toronto, his home since 1994, to L.A. (â€œBut Iâ€™m taking a snow shovel as a souvenir!â€) Heâ€™s looking forward to the new challenges and to a new campaign, themed Australia Now, which this fall will start tempting us to take advantage of a strong loonie and low fares to cross the big, big pond to the land down underâ€¦where itâ€™s more than the tourist clichÃ©s Reef-Rock-Opera House and more like â€œNow those are bubbles I could come to adore!â€