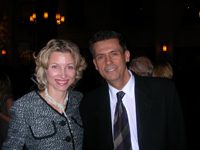 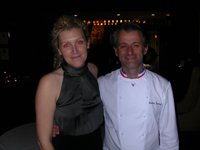 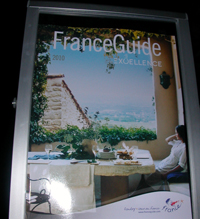 Unveiling of the France Guide Excellence 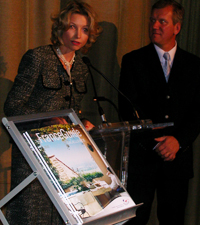 Everything in France is an art. The architecture, countryside, wine, fashion and, most importantly, the food. That was the message at a swank soiree at Torontoâ€™s Windsor Arms, hosted by Atout France to launch their new France Guide Excellence â€“ which for the first time was entirely conceived and developed by the tourist boardâ€™s Montreal marketing team.

According the eveningâ€™s MC, CBCâ€™s Suhana Meharchand, the culinary delights being proffered in mouthwatering little tid-bits were the culmination of food art: sexy food. The creator of the gastronomical orgy was none other than decorated chef Mathieu Viannay, proprietor of the landmark La Mere Brazier in Lyons, cradle of the RhÃ´ne-Alpes region. He saved the historic restaurant from ruin in 2008 and earned it two Michelin stars within the first 6 months. When I asked Chef Viannay what the secret to being a great chef is, he said it is a passion for pleasing people, combined with solid business skills. Although he manages 60 people and three restaurants, he claims not a dish gets served that he hasnâ€™t had a hand in.

The food was just one example of the â€˜excellenceâ€™ theme which the France Tourism Development Agency has adopted to unite a number of French luxury brands in promoting all things France. All things excellent included the new Guerlain perfume, Idylle, Lâ€™Occitane products, and the RhÃ´ne-Alpes region which, according to Mr Marc Bechet, General Manager of RhÃ´ne-Alpes Tourism, between the skiing, the wine and Hermes, the region has enough excellence to spare to Provence. A little excellent regional rivalry spurs one to even more, er, excellence.