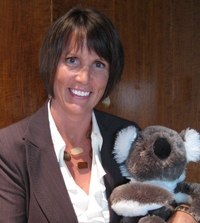 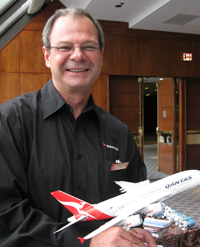 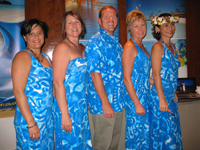 Some of the Cook Islands contingency, brightening up a dreary day

Personally, I think it was a conspiracy. After all, summer had finally landed in Toronto and we were enjoying day after day of warm sun and blue skies â€“ until the contingent from the South Pacific arrived. The gray sky and half-hearted drizzle made their colourful clothes and vibrant presentations even harder to take. Lucky them!

It was the 7th annual Sunsational South Pacific seminar, which saw some 22 folks from places as exotic as Papua New Guinea and Samoa (as well as Canadaâ€™s own left coast) undertake training sessions â€“ in this case, to some 80 enthusiastic agents.

â€œItâ€™s a heck of a commitment for many of these people to come this far,â€ said Rick Buecking of TLC Travel, which organized it all. â€œBut these sessions arenâ€™t about free drinks or trip giveaways: we get agents out who really want to learn.â€

And with services like Qantasâ€™ sexy new A380 to get you there from LAX to SYD or MEL, the South Pacific is becoming more accessible than ever before.

Location – due south of Hawaii

But then she conjured up some charming images for us all:

OK, Iâ€™m sold. All we need is Angus Kinnear to bring back Canada 3000 service direct to the Cook Islandsâ€¦