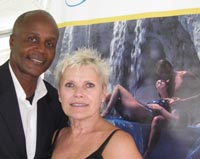 David Rice and Gail Stewart, both with the BTA 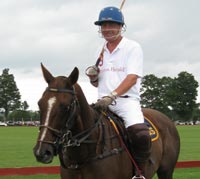 One of the cosmopolitan players 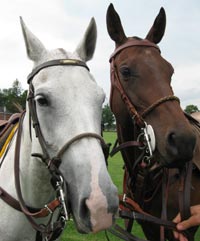 Thereâ€™s something fabulous about polo. Is it the thrilling sound of eight ponies galloping down a verdant field? The glamorous crowd sipping cocktails in the furnished marquee tents? The oodles of cash needed to be a player?


All those were front and centre recently when the Barbados Tourism Authority played host at the annual Polo for Health event held north of Toronto. After a week of tumultuous weather, the rain held off from the vast venue (after all, a polo field is the size of nine American football fields) so happily the beverages, which included bubbly, Banks beer and Bajan mojitos, werenâ€™t watered down until the very end of the game.


Barbados and polo seem the perfect combination: in fact, Cheryl Carter of the BTA told me that the island now has five world-class polo fields. Bajans (as Barbadians are fondly known) are so into the game, in June the BGI team romped home to victory at the Guards Polo Club in the UK, playing against Princes William and Harry!


The game also gave David Rice, the newly-named President and CEO of the BTA â€“ who has been in the saddle just four months â€“ the chance to mingle with a few Canucks. â€œWeâ€™re very pleased with whatâ€™s happening in Canada and expect to be up at least several percentage points by year end,â€ he said.


Spotted in the crowd were ACVâ€™s Rob McChlery, relaxed ex-Conquester Brent Carnegie and Barbara Walsh of Compass Rose Travel in T.O. Plus of course lots of appreciative guests who were happy to spend a day in the bucolic countryside, soaking up some of that polo aura and perhaps pretending, just for a few hours, that we too could be fodder for society columns.