“Roberto has built Silversea Cruises into the category leader that it is today, 11 ships strong with more on the way,” said Jason Liberty, president and CEO of Royal Caribbean Group. “He is one of the most innovative and knowledgeable leaders in the maritime industry. As senior advisor, Roberto will continue to provide strategic guidance that further cements Royal Caribbean Group’s status as a leader in the travel and hospitality industry.

"Barbara is the ideal executive to succeed Roberto. Her global perspective and team-first leadership style are a recipe for success for both the Silversea Cruises brand and Royal Caribbean Group.”

Under Martinoli’s leadership since 2016, Silversea’s fleet has grown to include 11 ships. In summer 2023, it will welcome Silver Nova, the first hybrid luxury cruise ship utilizing fuel cells and emitting zero harmful emissions while in port, an industry first. In 2024, Silversea welcomes Silver Ray, the second ship in the Nova Class.

Martinoli also led the acquisition in 2022 of Silver Endeavour to help enable the company to access both polar regions. The cruise line now sails to over 900 destinations across all seven continents each year, which the company says is more than any other cruise line.

Barbara Muckermann brings more than 25 years of experience in the luxury side of the travel and hospitality industry. She first joined Silversea Cruises in 2001, and held several roles at other luxury and cruise brands from 2005 to 2016 before returning. In her current post as Silversea’s Chief Commercial Officer, she oversees all aspects of sales, marketing, revenue management and guest relations, as well as strategic communications and brand and product strategy. Muckermann is a Doctor in Political Sciences and Economics, and holds a joint MBA from London Business School and Columbia University.

“This is an exciting moment for Silversea as we continue to add new ships and return to the Asia market,” Muckermann said. “I am thrilled to build on our achievements under Roberto and focus on growth in the years ahead.”

The news of another cruise line with a woman at the helm comes one day after the announcement that Andrea DeMarco will become president of Regent Seven Seas Cruises, the first woman to hold that role at Norwegian Cruise Line Holdings. 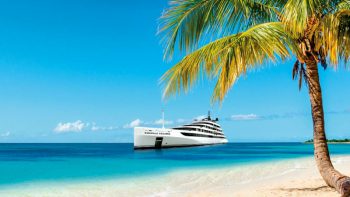 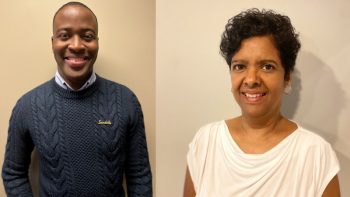