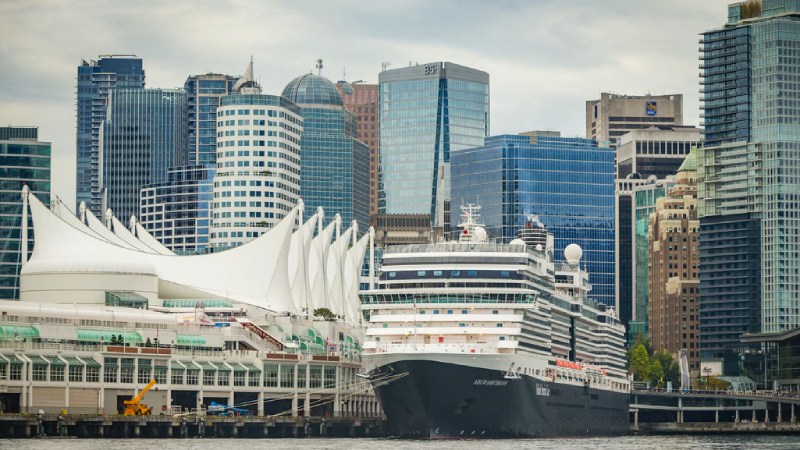 Despite concerns up until quite recently that Canada's strict, 100 per cent vaccination requirements for entry into Canada could quash the resumption of cruising into the country, one cruise line has now confirmed it'll be operating full Alaska and Canada/New England cruise seasons this year.

While most cruise lines require almost complete vaccination to sail, the few exceptions permitted mean that ships are operating in the high 90-percentile of vaccination. That would have put them off-side of the Government of Canada requirement that every Canadian arrival must be vaccinated.

However, updated guidelines issued 07MAR by the Government of Canada 07MAR are enough to break the ice on the cruise season in Canada in 2022.

“The completion of this guidance by Transport Canada, Canada Border Services Agency, Public Health Agency of Canada, and port officials will allow us to sail our Alaska and Canada/New England seasons as planned,” he added, calling it “ a positive step for everyone who loves to travel to these regions and for all of the businesses in Canada that we support through tourism."

Antorcha continued. “Many of the protocols Canada is applying were successfully implemented in the United States after the restart of cruising, and they are working well.”

Holland America Line says it will sail its full season of itineraries as scheduled that include Canadian homeports and ports of call from late spring through fall.  Its Alaska cruises depart from Vancouver and call at Victoria; Canada/New England itineraries depart Montreal and Quebec and explore 13 Canadian ports.

The resumption comes as Holland America Line gets ready to celebrate 75 years of Alaska exploration in 2022. Ships in Alaska use Vancouver, Canada, as a homeport for roundtrip cruises and itineraries between Vancouver and Whittier, Alaska. Cruises that sail roundtrip from Seattle, Washington, to Alaska call at Victoria, Canada.

"We greatly value our longstanding partnership with Holland America Line, which was the first cruise line to call at the new Canada Place cruise terminal at the Port of Vancouver in 1986,” said Robin Silvester, president and CEO of Vancouver Fraser Port Authority. “We’re pleased to see the return of cruising in Canada, and we look forward to welcoming cruise lines, guests and crew back to Vancouver.”

“As people return to travel this summer, we know some will choose to stay a little closer to home,” Antorcha said. “Our Alaska land and sea packages and our Canada/New England sailings are great ways to resume exploring the world without traveling a great distance.”

The line’s first ship to arrive in Canada is Koningsdam, which calls at Victoria 09APR. On the eastern seaboard, Zaandam calls at Halifax, Nova Scotia, 17MAY while on a nine-day Atlantic Coast cruise sailing from Fort Lauderdale, Florida, to Montreal.

Alaska Cruises Sail from Vancouver and Call at Victoria

From May through October, Nieuw Statendam and Zaandam offer a series of six to 24-day departures between Boston and Quebec City or Montreal.