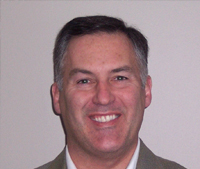 How long have you been with TPI? Been there just six months. Previously, I was at Contac and before with ACV.  I changed to TPI because of the growth of the home-based market.

How many people work for you? At the head office there are now 45. I’m based in Toronto but oversee the Winnipeg head office.

What do you say to people who think there are too many home-based agents? Get used to it! I’m amazed how many calls we get from agents at the big chains who are thinking of switching – they like the flexibility and with the price of fuel people don’t want to commute.

What will be the biggest challenge for the industry in the next 12 months? The impact of oil and the economic footfall of that.

Whom do you most respect in the industry? Richard Branson, because of what he’s done and because he’s had so much fun doing it.

Ever had a brush with fame? I grew up in Brantford with Wayne Gretzky – they are a really nice family.

What skill or talent do you wish you had? To see into the future of the industry.

What do people not know about you? I’m a suck, and not as tough as I seem to be.

Any hobbies or interests? I play baseball but my main interest is my family and my sons’ (aged 14 and 16) sports.

What’s your worst habit? Being on my blackberry too much. Like at 3 in the morning.

What do you hope to be doing in 10 years? Playing a lot of golf and sitting on the boards of some companies.