Much has be written about the rapid revenue decline in the aviation industry during the COVID-19 pandemic. Major Canadian air carriers saw a 97% year-over-year decline in passenger numbers in April 2020.

So what happened to keep the airlines afloat even before passengers began flying in numbers? The airlines saw and very quickly responded to the growing demand for packages. Boxes. Crates. In other words, cargo replaced people in many seats.

According to Statistics Canada, the revenue per goods ton-kilometer was up 87 per cent between APR and DEC 2020 compared to the same period in 2019. Similarly, a revenue increase of 63 per cent was seen between 2019 and 2021. Simple Flying reports this increase in cargo operations was due to the need to transport medical and personal protective equipment (PPE) as well as a substantial rise in e-commerce. 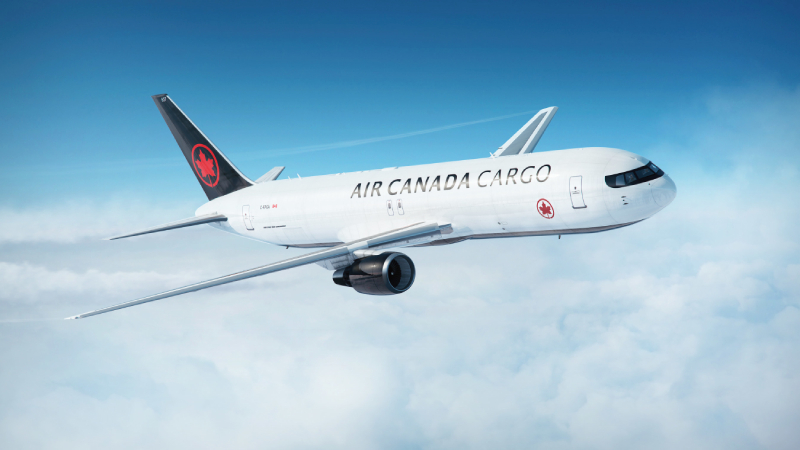 Simple Flying notes that while a passenger cabin with no seats cannot carry the same load as a full cargo freighter, in the case of Air Canada, cargo volume (relatively lightweight boxes of PPE) was more important than cargo weight. While light cargo flew in passenger cabins, heavier items were carried in below-deck cargo compartments.

Due to declines in passenger air transportation and increases or smaller declines in cargo transportation, cargo revenue became a much larger component of air carriers’ revenue. Goods revenue went from making up 4-7 per cent of total operating revenue of Canada's largest carriers to more than 19 per cent every quarter since the Q2 of 2020. In Q2 of 2020, when passenger travel was at its lowest, goods revenue accounted for an "unprecedented" 44 per cent of the carriers' total operating revenue.

However, the aviation industry still faced high fixed operational costs even over the pandemic. While cargo was a "bright spot" for airlines, Statistics Canada says it was not enough to offset passenger losses.

As noted by Simple Flying, it was only until JUN 2021 that the Canadian federal government began to ease travel restrictions. With increased vaccination rates, domestic travel saw an uptick in in-flight offerings and passenger loads.

After the gradual increase in domestic travel between JUN and AUG 2021, international travel restrictions were also eased with the removal of the mandatory hotel quarantine requirements upon arrival. In the second half of 2021, passenger load factors were as high as 78 per cent, says Simple Flying. While the overall passenger demand and the available-seat kilometers were still around 60 per cent of the pre-pandemic levels, Canadian aviation was on the path to recovery, assisted by demand for cargo.