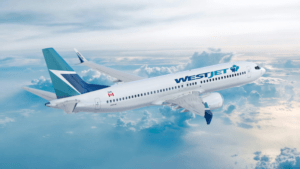 WestJet posted a statement by its Chief Operating Officer Diederik Pen on its web site 12NOV, apologizing for the disruptions to flights over the previous week due to a technology failure, and additionally, for the airline's subsequent response to affected customers.

"Our ability to respond and reaccommodate was not up to the WestJet standards we know you expect. We let many of you down, and I am extremely sorry," Pen wrote.

As Open Jaw reported, a system-wide outage took place 05NOV, which resulted in more than 200 flight cancellations and "significant delays" throughout 05-06NOV. In an interview on 06NOV, Pen said there had been 144 cancelled flights on 05NOV and 100 on 06NOV.

Pen's most recent statement puts those figures at "more than 400 flights" disrupted, acknowledging a "frustrating ripple effect" across the airline's operations. In the days that followed, Pen said many cancellations were "only further compounded by winter weather."

According to Pen, WestJet believes everyone impacted by the outage has now been accommodated, but if pax have outstanding questions or concerns, further information is available on WestJet's web site. "It is our responsibility to respect and honour the passenger rights obligations to our guests, which we will continue to do for disruptions that are within our control," Pen wrote.

He added that the airline is also taking "every corrective measure and action" to ensure a similar issue does not happen again.

"We have never experienced a service failure of this magnitude and I want to assure you we are taking every corrective measure and action to ensure it does not happen again. I want to thank our 10,000 WestJetters across our network, who are committed to delivering the experience you've come to expect from us. We know how important your travel plans are, and we'll do everything we can to earn back your confidence," Pen concluded.