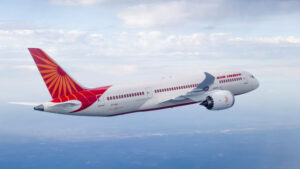 As a first step in its planned, ramping up of international flight operations as travel recovers, Air India is boosting its flight schedule between India and Canada. Beginning 31AUG, the airline will increase its flights between Delhi and Vancouver from 3X weekly to daily service.

"This increase in our frequency between Delhi and Vancouver is very welcome for many reasons. It is another sign of recovery from the pandemic and caters to strong customer demand. More importantly, it marks the first step in restoring Air India's fleet and international network," said Campbell Wilson, CEO of Air India.

"We are pleased to mark this significant milestone, and the team at Air India is hard at work to enable more expansion in the near future," he added.

The increase in service is in response to growing traffic between India and Canada, according to the airline, and has been enabled by the return to service of the widebody Boeing 777-300 ER aircraft with three class configuration of first, business and economy.

Manufacturer Boeing has been working closely with Air India following its acquisition by Tata Group to restore aircraft that had been grounded for prolonged periods due to the COVID-19 pandemic and other reasons. The progressive restoration of these aircraft has already allowed Air India to increase schedule resilience and will allow further frequency and network increases over the coming months.

Air India's widebody fleet currently stands at 43 aircraft, of which 33 are operational. This is a significant improvement from 28 aircraft that the airline was operating till recently. The remaining aircraft will be progressively returned to service by early 2023.