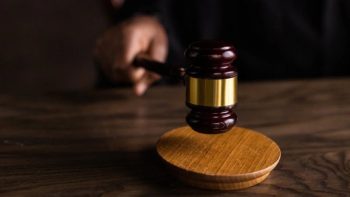 The B.C. Court of Appeal has ruled in favour of WestJet in a class action lawsuit dating from 2020.

On Wednesday, 27APR, 2022,  it issued a decision  that, unlike prepaid gift cards where expiration dates are prohibited by consumer protection laws, travel credits issued by airlines can be allowed to expire.

The court case stems from the experiences of Vancouver resident Tiana Sharifii. Local media report she was given a WestJet travel bank credit (WTB) after purchasing, then later voluntarily cancelling, a flight.

WestJet’s travel credits expire a year after issue – although they may be extended in some cases for a fee. While she subsequently used a portion of her credit, the remainder was lost after the WTB expired.

That led Sharifi to take WestJet to court, claiming the airline was prohibited by law from charging to extend the travel credit’s expiration date. Her argument compared travel credits to prepaid gift cards, which provincial regulations say can’t expire or require extra fees to use.

That lawsuit was certified as a B.C. Supreme Court class action suit in 2020, but the airline appealed the certification.

WestJet claimed that using credits for refunds mean they act like ‘store credit,’ not like gift cards which promise future goods or services.

“The travel credits in question do not fall within the definitions contained in the relevant consumer protection legislation,” the ruling stated.

The judge’s decision added that Sharifi “purchased a prepaid flight,” not “a gift card, gift certificate or otherwise, for WTB credits,” in a ruling that has repercussions for all of Canada’s airlines and thousands of customers affected by pandemic-era cancellations.