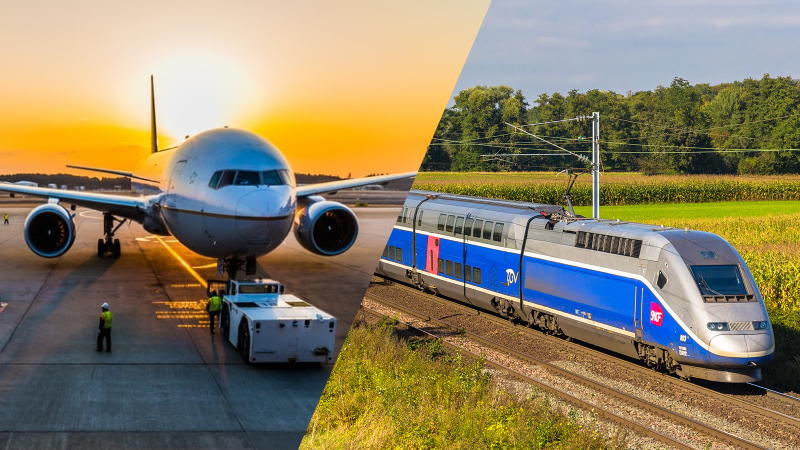 In an effort to shrink the region’s carbon output, governments across the European Union are imposing bans on short-haul flights, with new legislation taking effect as early as spring 2022.

Europeans – and many Canadian travellers – have gotten used to the convenience of cheap, short-haul flights to jaunt from one leg of a journey to another on the continent.

As reported by CN Traveler, France is leading the way with measures to force air travellers to take the slow road. Or rather, rail.

In spring 2021, the country banned short-haul flights on domestic routes where train journeys of two and a half hours or less exist as an alternative. The law will take effect in MAR 2022, and will reportedly eliminate 12 per cent of French domestic flights.

Other European countries including  Spain, Germany, and nations throughout Scandinavia, have proposed similar legislation. In many cases, short-haul route cancellations were a condition of government support during COVID.

In order for Austrian Airlines to secure its government bailout, for example, it had to drop its domestic flights where a train journey of under three hours was available. That affected the airline’s route between tourism powerhouses Vienna and Salzburg.

If a blanket ban on short-haul flights does materialize, it could have a big impact on advisors booking clients on European trips that would have incorporated short-haul flights within the EU. Under the new scenario, they may be forced to travel to smaller destinations by rail, which could affect travel plans, with some travellers opting to stay in more conveniently-accessed, larger centres.

However, some officials in Europe have anticipated potential impacts, both to the convenience of overseas travellers, as well as adding to overcrowding in the biggest tourist centres where the long haul flights land.

For now, says a spokesperson for France’s tourism agency, not all French regional flights will be cancelled. “Exceptions [to the ban] will be made for cities that provide connections to international flights.”

Environmental activists and transportation experts debate how much of an impact such cancellations will have on carbon output. Nonetheless, the move appears to have majority support in the EU, with 62 per cent of Europeans reportedly in favour of the ban, so it seems travellers to Europe should get ready to embrace train travel.

To make the conversion from air to rail easier, the EU plans to double high-speed rail services by the end of this decade, and France is introducing new high-speed trains in time for the Paris 2024 Olympics.

And some observers are extolling the virtues of rail for its own sake, too, reminding travellers of the pleasures and romance of the train travel lifestyle. The development contributes another facet to a global trend towards ‘slow’ solutions that see value in the journey, not just the destination.