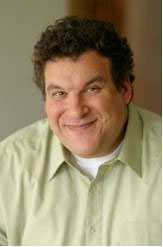 NCL has chosen comedian and ‘Curb Your Enthusiasm’ star Jeff Garlin to host the Christening Ceremony celebrations for their newest and largest ship, Norwegian Epic. The events will take place in New York on July 2nd.

“Jeff Garlin is an extremely entertaining performer.  It’s very fitting that the host of our inaugural festivities is an alumnus of Second City, one of our on-board entertainment partners,” said Kevin Sheehan, Norwegian Cruise Line’s chief executive officer. “And having such a great comedian will make it a fun and enjoyable event and set the stage for our spectacular inaugural festivities.”


Garlin both co-stars and executive produces the HBO series ‘Curb Your Enthusiasm’ starring ‘Seinfeld’ creator Larry David. The unique comedy features Garlin as David’s loyal manager. The critically acclaimed series, which returns for its eighth season this summer, has won the Golden Globe Award for Best Comedy, the Danny Thomas Producer of the Year Award from the Producers Guild of America and the AFI Comedy Series of the Year Award. Garlin, a Chicago native, studied filmmaking and began performing stand-up comedy while at the University of Miami and has toured extensively as a stand-up comedian. Garlin’s first film as a director was, ‘I Want Someone to Eat Cheese With’ and most recently, he was the voice of The Captain in Disney•Pixar’s ‘Wall-e’ and is Buttercup the Unicorn in this summer’s ‘Toy Story 3’.

Norwegian Epic’s inaugural festivities will take place from 2:00-3:00 p.m. ET on Friday, July 2nd, while the ship is docked at the Manhattan Cruise Terminal in New York City.  Joining Garlin will be country music star Reba McEntire, who will serve as the ship’s Godmother. To register for the live webcast of the Christening Ceremony, click here.