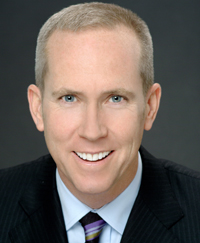 The Executive Committee of Cruise Lines International Association (CLIA) has announced that they have regretfully accepted the resignation of Terry L. Dale, who has served as President and CEO since 2003. Dale announced his intentions to the Committee on June 21 and intends to leave his position in December when his current contract expires.

Responding to Dale’s announcement, Howard Frank, Vice Chairman of the board and Chief Operating Officer of Carnival Corporation & plc and Chairman of CLIA’s executive committee, said: “We are deeply saddened by Terry’s decision. He has led CLIA through major challenges during a period of extraordinary growth for the industry and has done an outstanding job in his leadership role. Terry will be extremely difficult to replace and we will miss him. We wish him every success in his future endeavors.”

It is with great pride of accomplishment that I am submitting my resignation as President and CEO of Cruise Lines International Association to take effect at the end of 2010.  This is purely a personal decision and I will surely miss the very talented and inspiring cruise line executives, executive partners and travel agent members I have had the privilege of working with over the last seven years. I will especially miss my extraordinary, hard-working colleagues on the CLIA staff. But, just as cruising is all about adventure and life-changing experiences, it is time that I set sail on a new voyage of my own.

My tenure at CLIA has encompassed a unique and important period for the cruise industry and I am very proud of my accomplishments and that of my staff. Originally hired to reinvigorate CLIA, today we have over 17,000 travel professionals certified as cruise counsellors. Cruise3Sixty over six years has become ever-bigger, better and more important. The CLIA Hall of Fame has become a highly anticipated event in the industry and World’s Largest Cruise Night consistently proves successful for cruise lines and agents alike.

Four years ago, at the request of the executive committee, I was asked to lead the merger of CLIA and ICCL as well as a complete relocation from New York to Fort Lauderdale. That significant job is done and a solid foundation laid for the future. Equally important, CLIA has navigated through regulatory and legislative challenges with commendable success and has demonstrated its leadership position in finding solutions to the health, safety and environmental issues of concern to our audiences and constituents. I can truly say that I leave behind a stronger industry that is admirably positioned to face future challenges and continue to grow.

I would like to thank all those from whom I have learned so much and who gave so much of their time, energy and creativity to make my role easier. I leave CLIA and the cruise industry richer from having known and worked with them, knowing that my future endeavors, will be easier for having walked among the leaders and shapers of this dynamic industry.

CLIA is initiating a search for Dale’s replacement immediately.