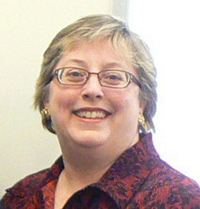 Steve Gillick, President and C.O.O. of The Canadian Institute of Travel Counsellors has announced the departure of Coralie Belman effective April 30th, 2010.

Gillick noted that Coralie Belman has been a part of CITC since 1987, at both the provincial and national levels, and in a variety of capacities. Coralie has been the National Certification Manager since CITC amalgamated all the provincial institutes into one national organization in 2001.  Prior to that she served as Executive Director of CITC National, Business Development Manager and Education Coordinator.

Coralie was personally responsible for raising the awareness of the value of professional designation across the country, through her many industry talks, appearances at trade shows and her networking skills.  Behind the scenes, Coralie worked on the National Board of the CTHRC (Canadian Tourism Human Resources Council) to assist in the updating of the national occupational standards.  Coralie led the charge for a new Certification model that would take into account the actual job that the travel counsellor performed on a daily basis, as opposed to general across-the-board skills that the counsellor may never have practised. She also instituted changes to the Travel Manager program to make it more relevant and meaningful for those aspiring to the CTM designation.

While her position at CITC formally ends on April 30th, Belman has agreed to offer any assistance to help in the transition to a new Manager.