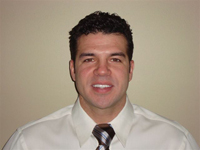 Stephen Hunter, CEO and President of the Sunwing Travel Group, has announced that Eric Rodriguez has joined the company in the new position of Vice-President of product development at Sunwing Vacations.

Rodriguez was most recently with Transat Tours Canada as director of international product and development specifically in charge of Europe, Central and South America. Eric has extensive knowledge in product development including six years in senior sales positions with hotel chains Princess Hotels and Resorts, Santana Beach and NH Hotels.

At the same time, Stephen Hunter announced that Cris Caponi-Davis, already a member of the senior executive team at Sunwing, has accepted the position of Vice-President of the Sunwing Travel Group.

'We are very happy to have someone of Eric's capabilities join our team here at Sunwing, as we continue to expand our range of destinations,'